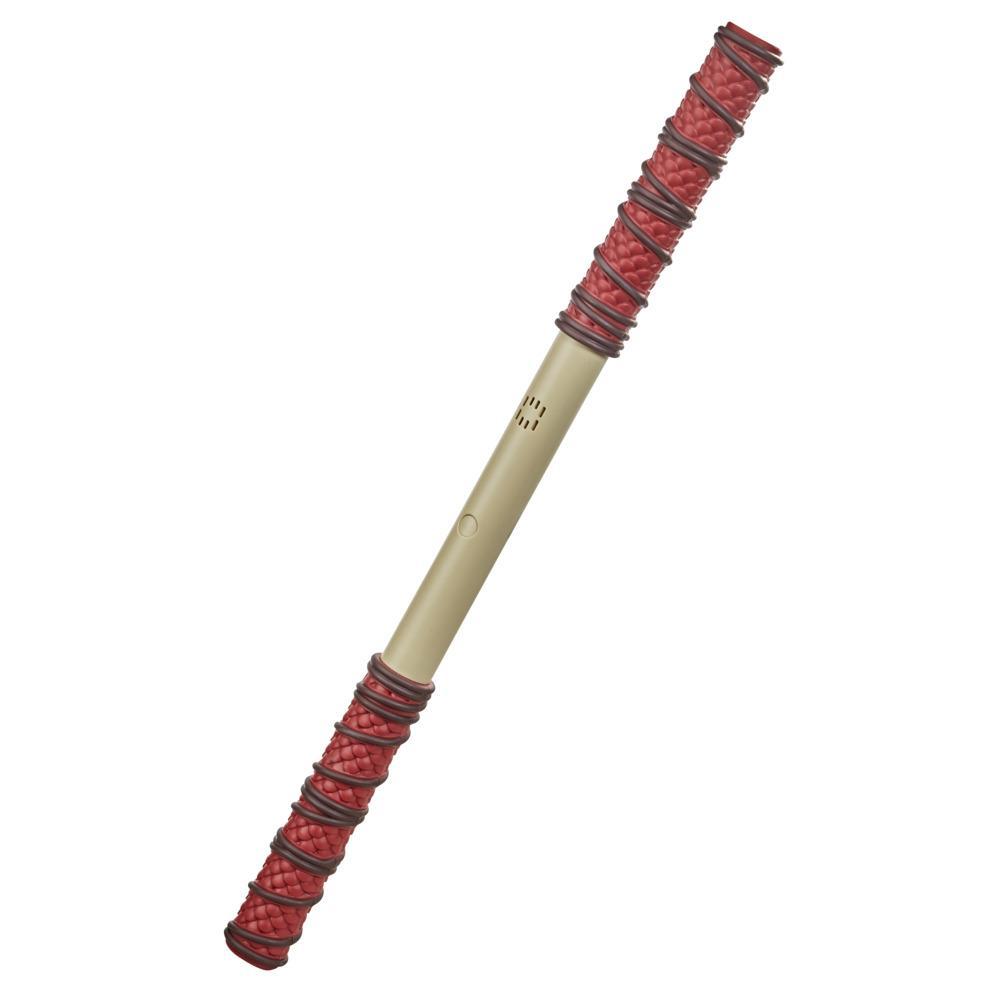 Step your battle skills up with the Battle FX Bo Staff! This interactive role play toy is inspired by an authentic martial arts staff used by fighting masters and features digital technology that detects the speed of kids’ battle moves. As the battle for justice intensifies, so do the awesome sound effects! Before long, the sounds of weapons clashing will be ringing in the enemy’s ears, and victory will be inevitable. Advance to the next level and become a fighting master! © 2021 MARVEL. Hasbro and all related terms are trademarks of Hasbro.

•BATTLE SOUND EFFECTS! Kids can enjoy hearing the sounds of this awesome Battle FX Bo Staff role play toy inspired by the Marvel movie Shang-Chi And The Legend Of The Ten Rings.
•WEAPONS-CLASHING SOUNDS CHANGE! Kids have the power to create martial arts battle sounds that vary with the speed of their movements! When kids make slow movements, the Battle FX Bo Staff emits a single, soft clank; when kids enjoy a speedy workout, it roars a loud, long K-SHINK WA-BANG BOM fight sound!
•INTERACTIVE ROLE PLAY TOY: The Battle FX Bo Staff can get kids moving! The sounds keep changing depending on how fast they move. It’s an outdoors or indoors toy that makes a great gift for kids!
•EPIC FUN: Look for other Hasbro Marvel Shang-Chi And The Legend Of The Ten Ring figures and toys
•(each sold separately) with comic- and movie-inspired characters, including Shang-Chi, Wenwu, and Xialing. (Additional figures each sold separately. Subject to availability.)

•Ages 5 and up.
•WARNING: CHOKING HAZARD – Small parts. Not for children under 3 years.
•Includes: bo staff