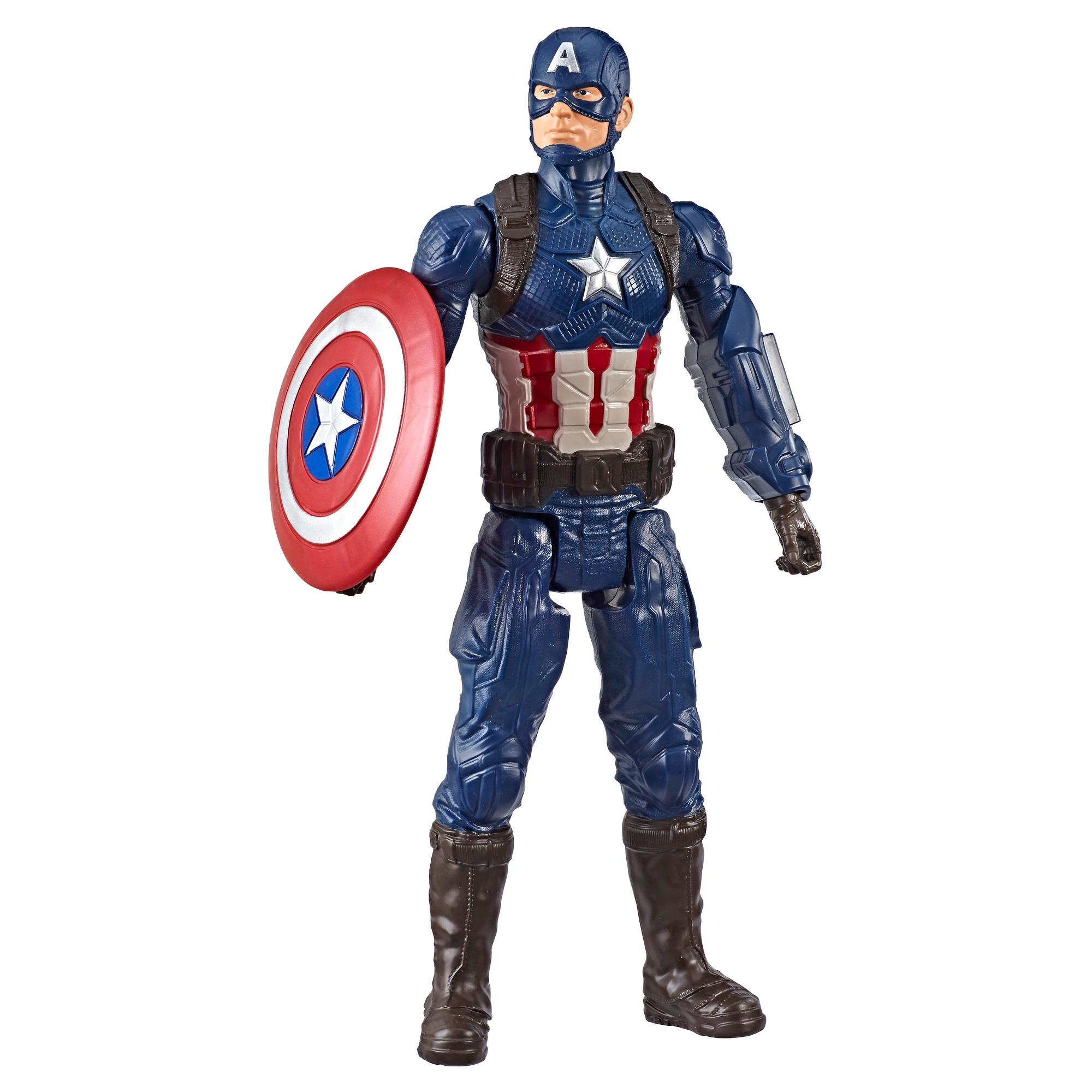 Imagine the patriotic First Avenger launching his Vibranium shield in battle with this Captain America figure from the Titan Hero Series! When kids connect the Titan Hero Power FX launcher (not included; sold separately with Titan Hero Power FX figures) to this figure’s arm port, they can activate character-specific sounds and phrases and launch projectiles!

• 12-INCH SCALE CAPTAIN AMERICA FIGURE – Imagine Captain America launching his star-spangled shield into battle alongside fellow Avengers with this 12-inch-scale Captain America figure, inspired by Avengers: Endgame.
• CONNECT TITAN HERO POWER FX LAUNCHER (NOT INCLUDED) FOR SOUNDS AND PHRASES – Connect the Titan Hero Power FX Launcher (not included) to the action figure’s arm port to activate sounds and phrases inspired by the Marvel movie and fire projectiles!
• MARVEL MOVIE-INSPIRED DESIGN – Fans can imagine the action-packed scenes of the Marvel universe with this Captain America figure, inspired by the Avengers: Endgame movie.
• COMPATIBLE WITH TITAN HERO POWER FX LAUNCHER (not included) – Connect to Titan Hero Series and Titan Hero Power FX figures (each sold separately) for sounds and phrases from the Avengers movies.
• LOOK FOR OTHER MARVEL AVENGERS TOYS - Be on the lookout for other Marvel Avenger figures and gear to imagine forming a team of Avengers! Additional products each sold separately. Subject to availability.