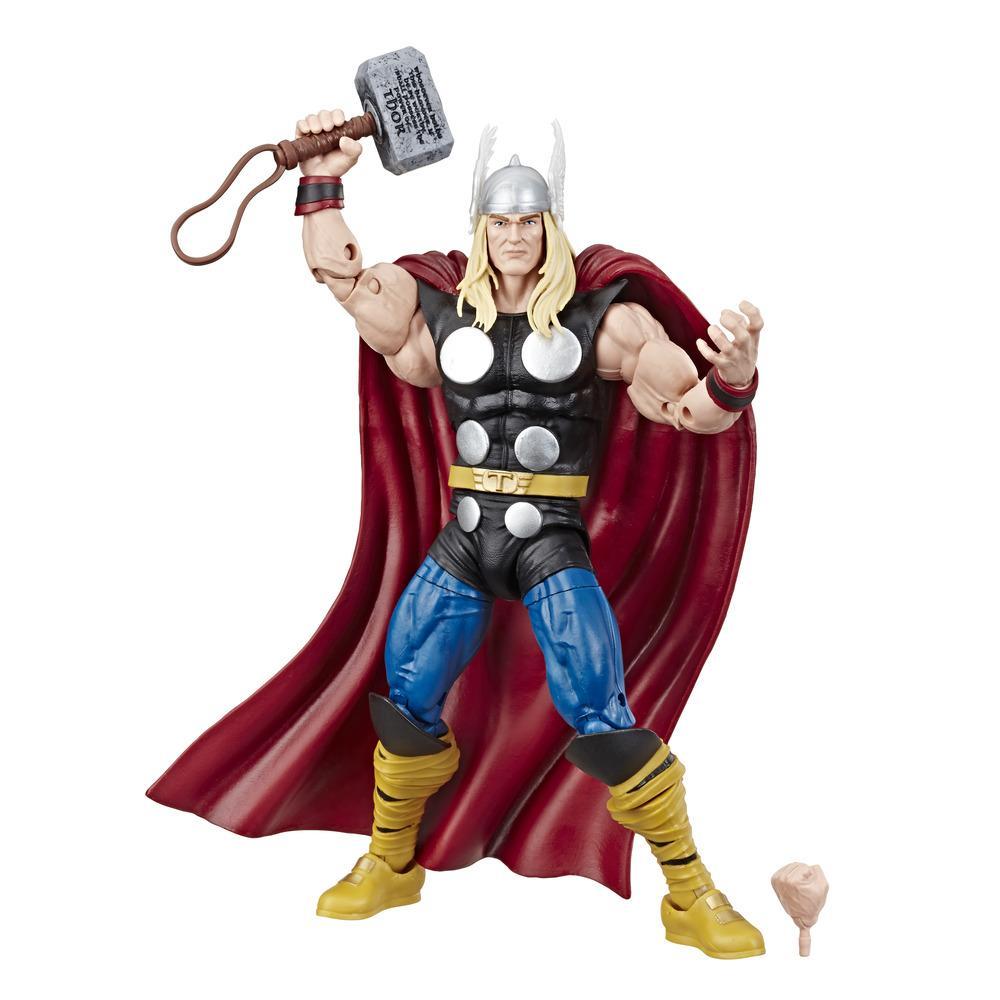 Thor, the God of Thunder, the son of Odin, the Asgardian prince, wields the mystical mallet Mjolnir as he protects innocents across the realms on his own and as a member of the Avengers. He takes his name from the inscription on his famous weapon.