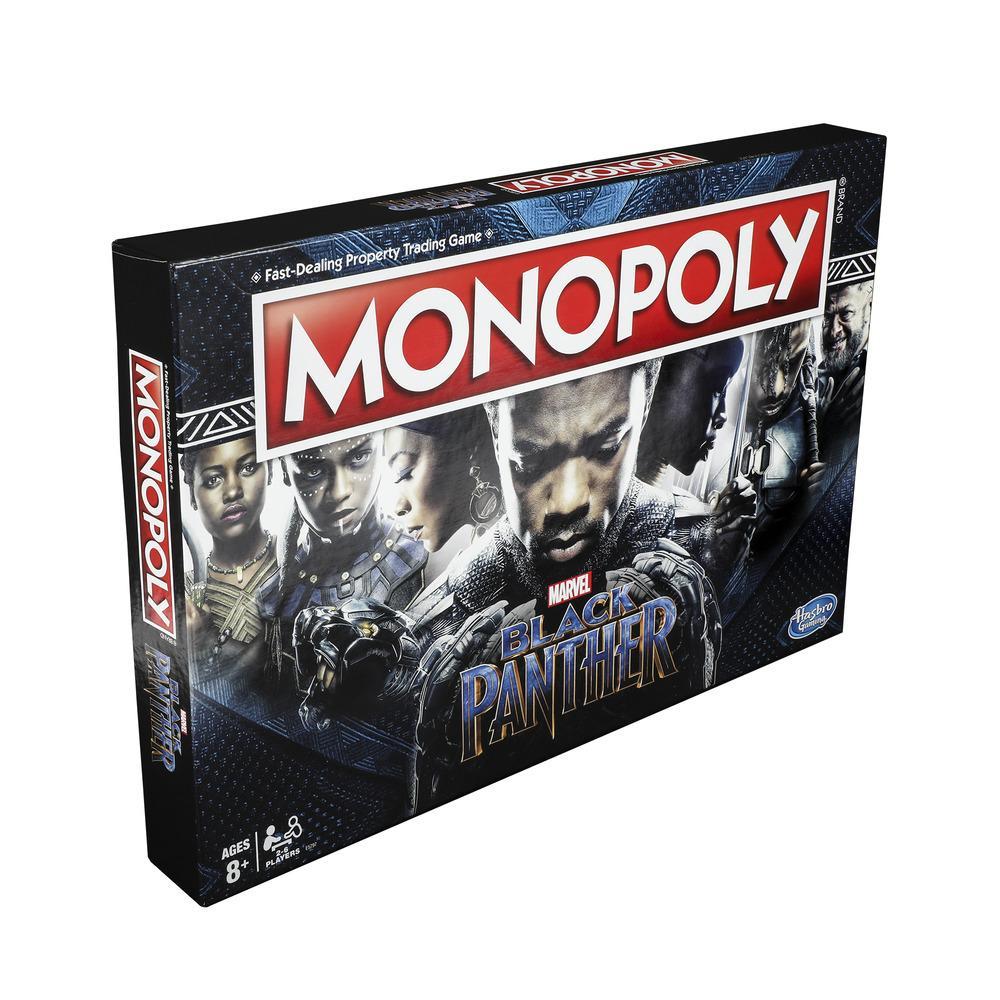 From the Warrior Falls Challenge Pool, to the Hall of Kings, to the Tribal Council Room in the Golden City, this Edition of the Monopoly game features locations and themes inspired by Marvel's Black Panther. Players can imagine exploring beautiful Wakanda with T'Challa and his people as they move around the board trying to make as many Alliances as they can. Build Villages and Strongholds, and make moves directed by the Kimoyo Beads cards and Heart-shaped Herb cards. The last player with money when all other players have gone bankrupt wins.

• Features Marvel's Black Panther theme, locations, and characters
• Play as a character's iconic mask, helmet, blade, gauntlet, or spear
• Players move tokens around the board making as many Alliances as they can
• Kimoyo Beads cards and Heart-shaped Herb cards direct players to do tasks such as handing over money or going to Jail