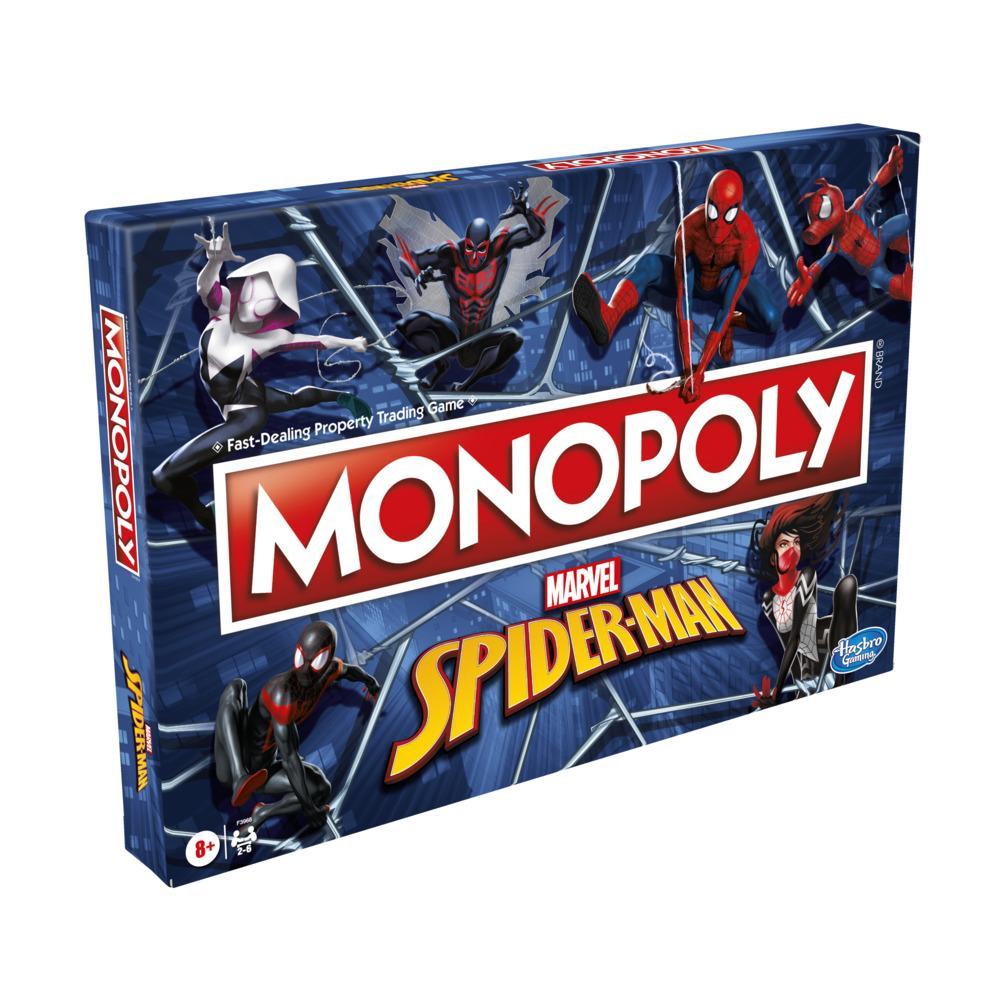 Monopoly: Marvel Spider-Man Edition Board Game, Play as a Spider Hero, Fun Game to Play for Kids Ages 8 and Up

Web sling into action with the Monopoly: Marvel Spider-Man Edition game. It's a fun game for kids to play as they imagine suiting up as a favorite Marvel Super-Hero to protect New York City from Super Villains. In this game, Monopoly tokens represent 6 heroes from across the Spider-Man Universe. Players get to take the subway for shortcuts, grab the Symbol of Great Responsibility to unlock a Super Hero's unique ability, and use Daily Bugle cards to scheme against opponents. The strategy board game, designed for 2-6 players, makes a great choice for a family game night, and a fun indoor activity for kids ages 8 and up. Copyright 2021 MARVEL. The Hasbro, Hasbro Gaming, Parker Brothers, and Monopoly names and logos, the distinctive design of the gameboard, the four corner squares, the Mr. Monopoly name and character, as well as each of the distinctive elements of the board and playing pieces are trademarks of Hasbro for its property trading game and game equipment.

•MONOPOLY GAME MEETS SPIDER-MAN: This twist on classic Monopoly gameplay features artwork, characters, and themes inspired by the heroes and villains of Marvel's Spider-Man Universe
•FUN GAME FOR KIDS: In this edition of the Monopoly game, kids imagine suiting up as a favorite Spider-Hero to save the City! They move around the board capturing as many Super Villains as they can
•USE SPIDER-POWERS: Grabbing the Symbol of Great Responsibility lets players use their Marvel character's special ability as shown on the Spider-Power cards
•SUPER HEROES AND SUPER VILLAINS: Web sling into action! Use webs to capture super villains in a color set. Then attach Spider-Tracers and deploy Spider-Bots to charge even more rent
•MONOPOLY: MARVEL SPIDER-MAN EDITION GAME is a great choice for game night, and it's a fun thing for kids to do indoors. The game makes a great gift for kids 8 and up