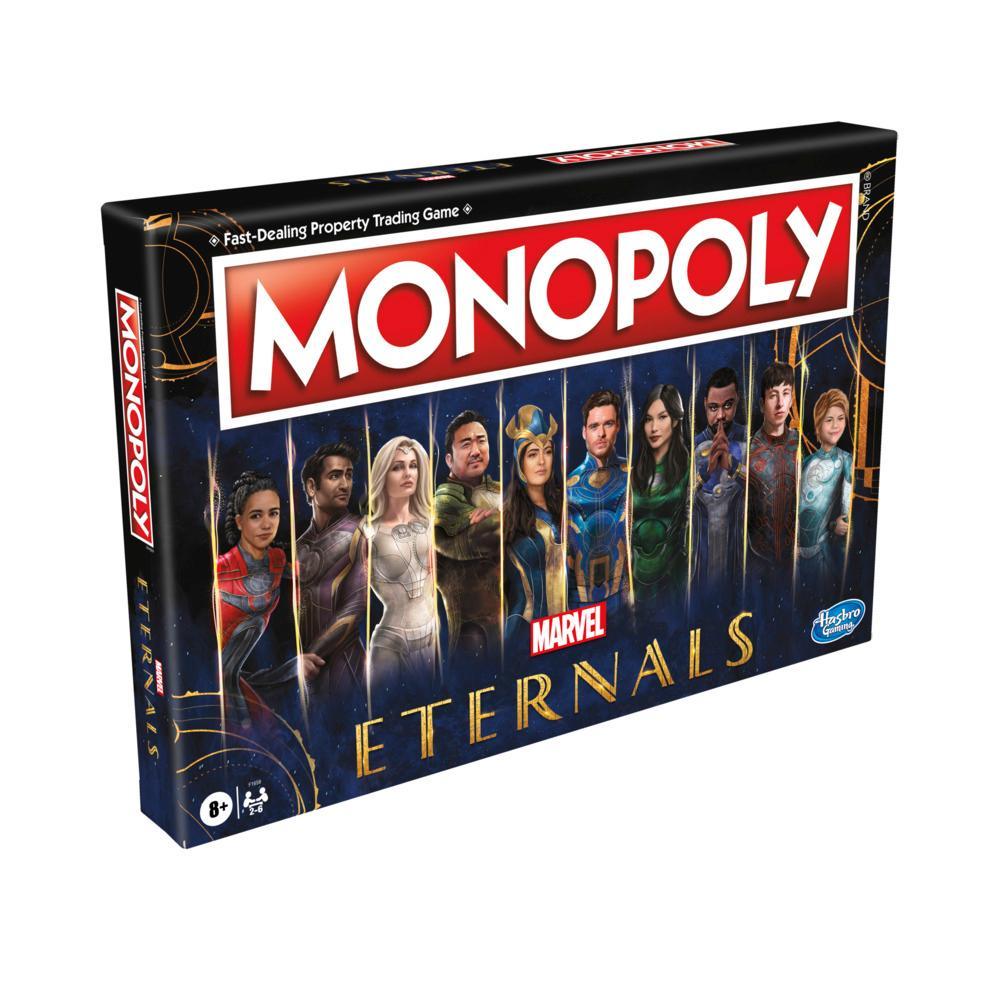 In this Monopoly Board Game: Marvel Studios' Eternals Edition, players travel around the board safeguarding as many properties as they can. The more they safeguard, the more rent they can collect from fellow Eternals in the form of cosmic energy units. Players get to choose from one of the 10 Monopoly Eternal tokens, each with a unique Super Hero ability that can change the course of the game. The last player to have cosmic energy units when all other players have depleted theirs wins! The game makes an awesome gift for kids ages 8 and up. Copyright (c) 2021 MARVEL. All trademarks and registered trademarks are the property of their respective owners. The Hasbro, Hasbro Gaming, Parker Brothers, and Monopoly names and logos, the distinctive design of the gameboard, the four corner squares, the Mr. Monopoly name and character, as well as each of the distinctive elements of the board and playing pieces are trademarks of Hasbro for its property trading game and game equipment.

•MONOPOLY GAME: MARVEL STUDIOS' ETERNALS EDITION: This edition of the Monopoly board game features an Eternals themed gameboard, cards, tokens, and gameplay
•INCLUDES 10 MONOPOLY TOKENS: Play as Ikaris, Sersi, Ajak, Phastos, Makkari, Druig, Gilgamesh, Thena, Kingo or Sprite. Roll the golden cosmic die to activate each character's Super Hero ability
•RAISE COSMIC ENERGY UNITS: Players try to safeguard as many properties as they can to collect rent in the form of cosmic energy units.
•ETERNALS-THEMED GAME BOARD: Land on familiar locations and transports such as Gilgamesh's Cabin and Kingo's Jet. Charge more rent if you own the Celestial Sextant or the Celestial Astrolabe
•FOR ETERNALS FANS: This Monopoly game lets players imagine going on a journey through time with the Eternals, protectors of the human race! The game is for kids ages 8 and up, for 2-6 players