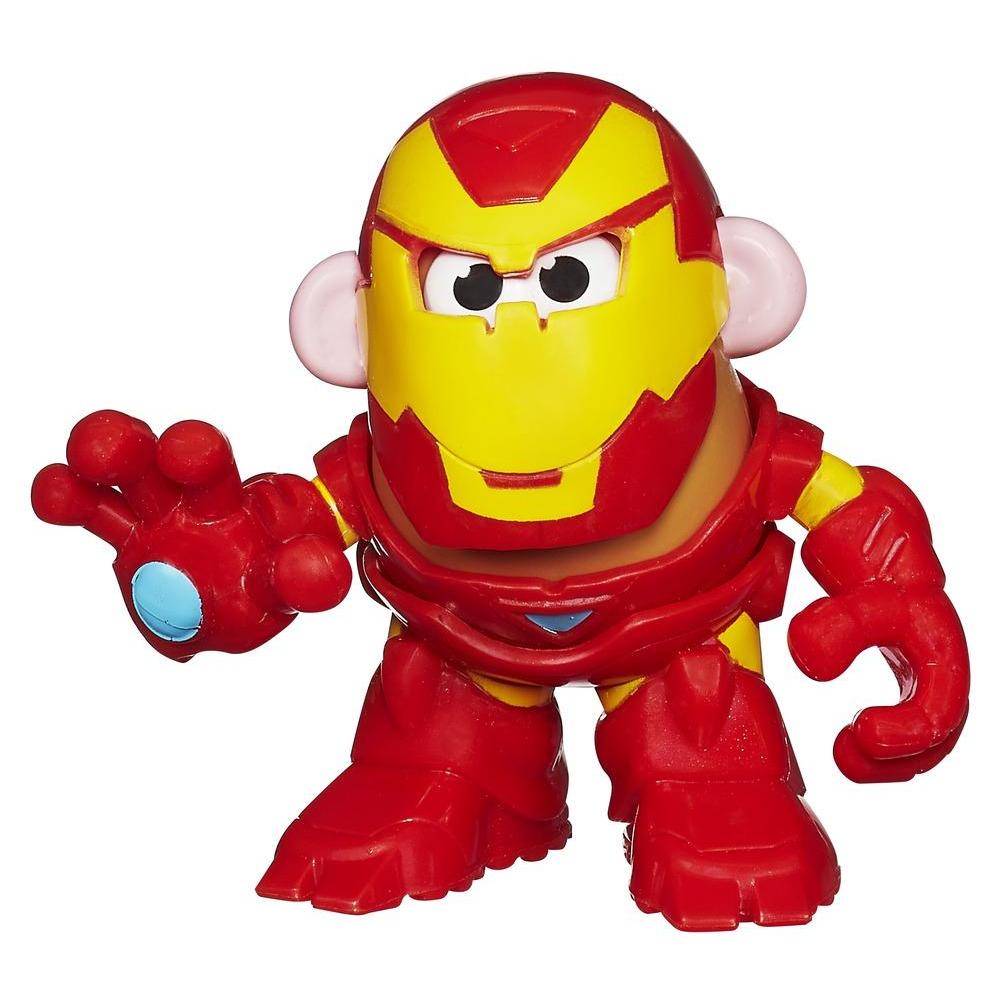 Ages: 2 YEARS AND UP

Avengers, assemble – as potato Avengers! Little hands can mix and mash the fun of Mr. Potato Head with Marvel parts to create an Iron Man tater. It's easy to put the 2-inch potato body on the character base and then add arms and a helmet! The parts work with other sets (sold separately), so they can build an Iron Man tater with Spider-Man arms or a Captain America base. Get them all so your little ones can create a whole mash of mixed-up Marvel heroes!

Mr. Potato Head and all related characters are trademarks of Hasbro.
Marvel products are produced by Hasbro under license from Marvel Characters B.V.