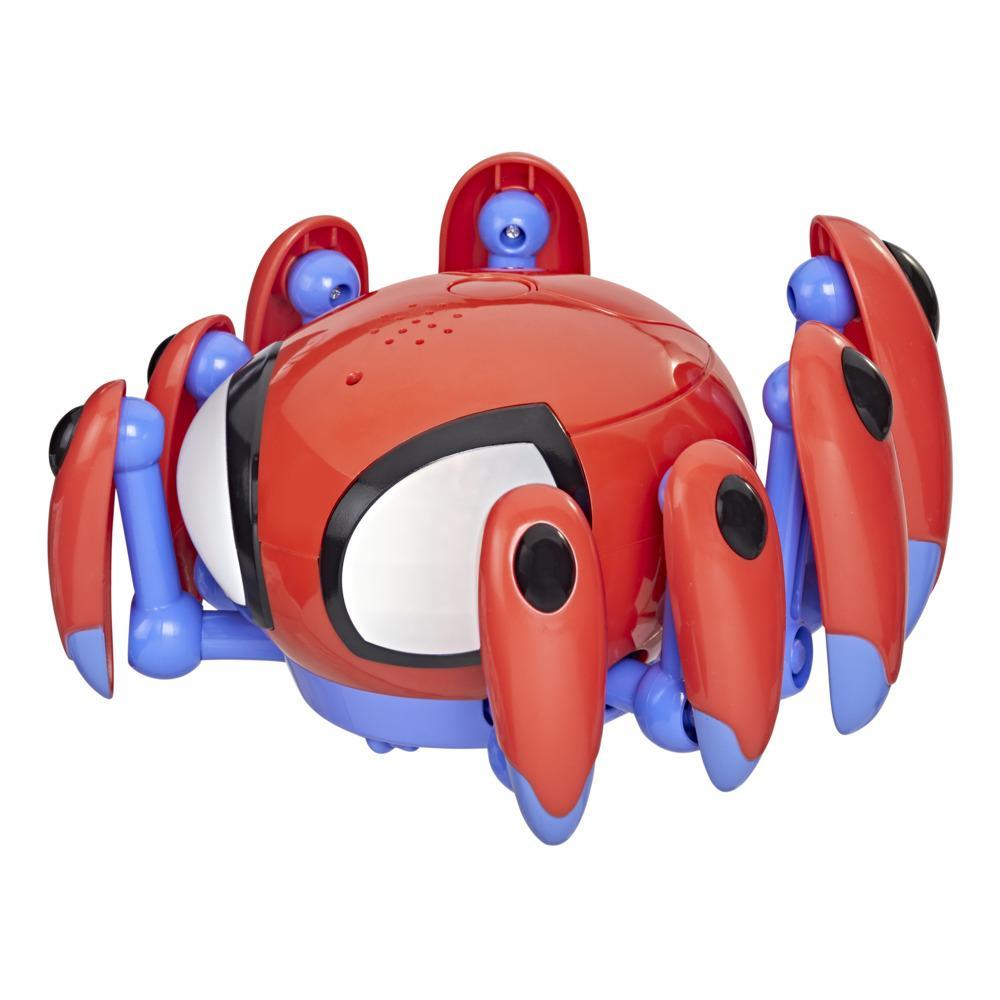 Spidey and His Amazing Friends Speak and Go Trace-E Bot Electronic Spider Toy, Sound-Activated, Crawls, For Ages 3 and Up

Trace-E the electronic spider-bot teams up with humans big or small for amazing fun! Make noises like clapping or speaking and this spider-bot reacts with expressive light-up eyes and bot noises, and crawls and spins around the room! Attention-getting Trace-E spins a web of interactive fun for preschoolers and friends. It's Spidey Time! Marvel's Spidey and His Amazing Friends follows the adventures of the Super Hero Spidey and all his heroic friends! Spidey, Ghost-Spider, and Miles Morales all have super spider-powers: spider-sense, super-strength, wall-crawling, and more! They’re even stronger when they're working together as the amazing Spider Team! But even the best team sometimes needs a helping hand; that's when it's good to have allies like Ms. Marvel, Black Panther, and even Hulk! It's hard being a Super Hero, but it helps when you have such Amazing Friends! Copyright MARVEL. All trademarks and registered trademarks are the property of their respective owners. Hasbro and all related terms are trademarks of Hasbro.

•ELECTRONIC SPIDER-BOT: Trace-E Bot is an action-packed spider-bot that crawls, spins, flashes its eyes and is activated by sounds; it is based on the character from the Disney Junior show Spidey and His Amazing Friends for preschoolers
•SOUND-ACTIVATED: Kids can enjoy Spidey’s favorite sidekick, Trace-E Bot, a spider bot that responds to noises like clapping and speech. Make a sound and hear it answer with bot noises, light up eyes, and movement
•INTERACTIVE PLAY: This spider bot toy can’t stand still because noises make it react! Eye-flashing, crawling, spinning Trace-E is a robot friend who stands over 4 inches high and 7 inches wide
•EASY TO ACTIVATE FOR PRESCHOOLERS: Small Spidey fans can activate Trace-E simply by clapping, speaking and making noises. This spider-bot makes a great birthday and holiday gift for preschoolers ages 3 and up
•COLLECT OTHER SPIDEY AND HIS AMAZING FRIENDS TOYS: Collect other figures, vehicles and playsets based on characters from the animated show Spidey and His Amazing Friends.