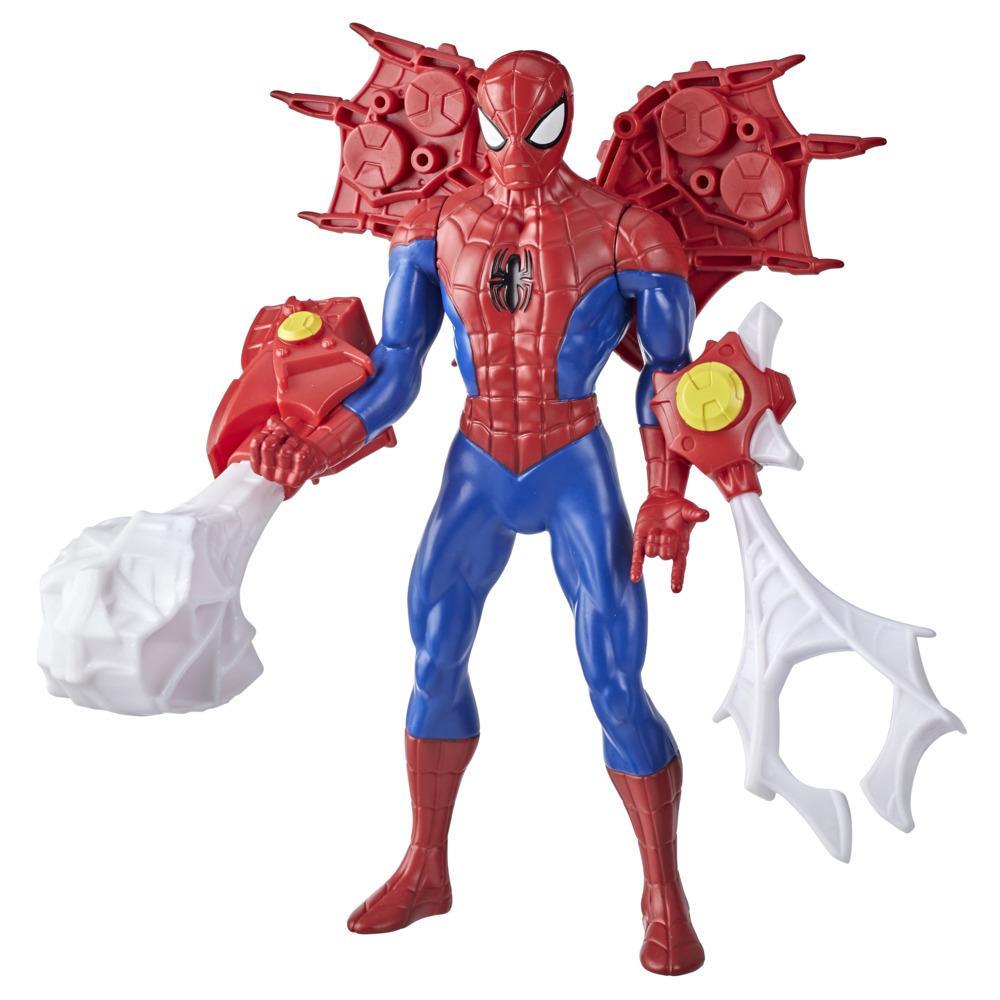 Spider-Man armors up to bring criminals to justice!

Iron Man, Spider-Man, Thor, Spider-Man, Hulk, Black Panther, and more! With Marvel, anyone can imagine suiting up like their favorite heroes and defending the world from evil. With countless characters across more than 80-year history, Marvel lets kids and fans alike imagine using their powers for good among the ranks of classic Marvel heroes and villains.

With the 9.5-inch scale Marvel figures from Hasbro, kids ages 4 and up can imagine the action and adventure of the Marvel Universe. Featuring classic design and 3 points of articulation for creating fun poses, boys and girls will love reliving their favorite moments from the Marvel Universe, as well as imagining their own Marvel adventures!

Copyright 2021 Marvel.
Hasbro and all related terms are trademarks of Hasbro.

• PREPARED TO DEFEND: Kids ages 4 and up can enjoy creating stories about Spider-Man wielding high-tech weaponry to thwart even the most fearless villain seeking control of the world!
• GET THE GEAR: Super heroes need their gear! This large-scale action figure Spider-Man reveals the latest weaponry: Web Claw, Web Booster, and Ultra Web Blaster, for stopping bad guys in their tracks.
• CREATE A SCENE: This 9.5-inch scale Marvel Super Heroes and Villains Spider-Man action figure features 3 points of articulation – head and arms -- so boys and girls can pose their figures for any adventure they imagine.
• FROM THE MARVEL UNIVERSE: The astonishing 80-year history of Marvel is jam-packed with excitement, action, and adventure, and colorful characters like Iron Man, Spider-Man, Captain America, Captain Marvel, Black Panther, and more.
• THE MARVEL UNIVERSE OF TOYS: Look for other 9.5-inch scale Marvel Super Heroes and Villains action figures, including Iron Man and Spider-Man, to start a collection, swap with friends, and give as gifts. (Each sold separately. Subject to availability.)

• Includes: figure and 3 accessories.
• Figure scale: 9.5 inches
• Ages 4 and up
• WARNING: Small parts may be generated. Not for children under 3 years.