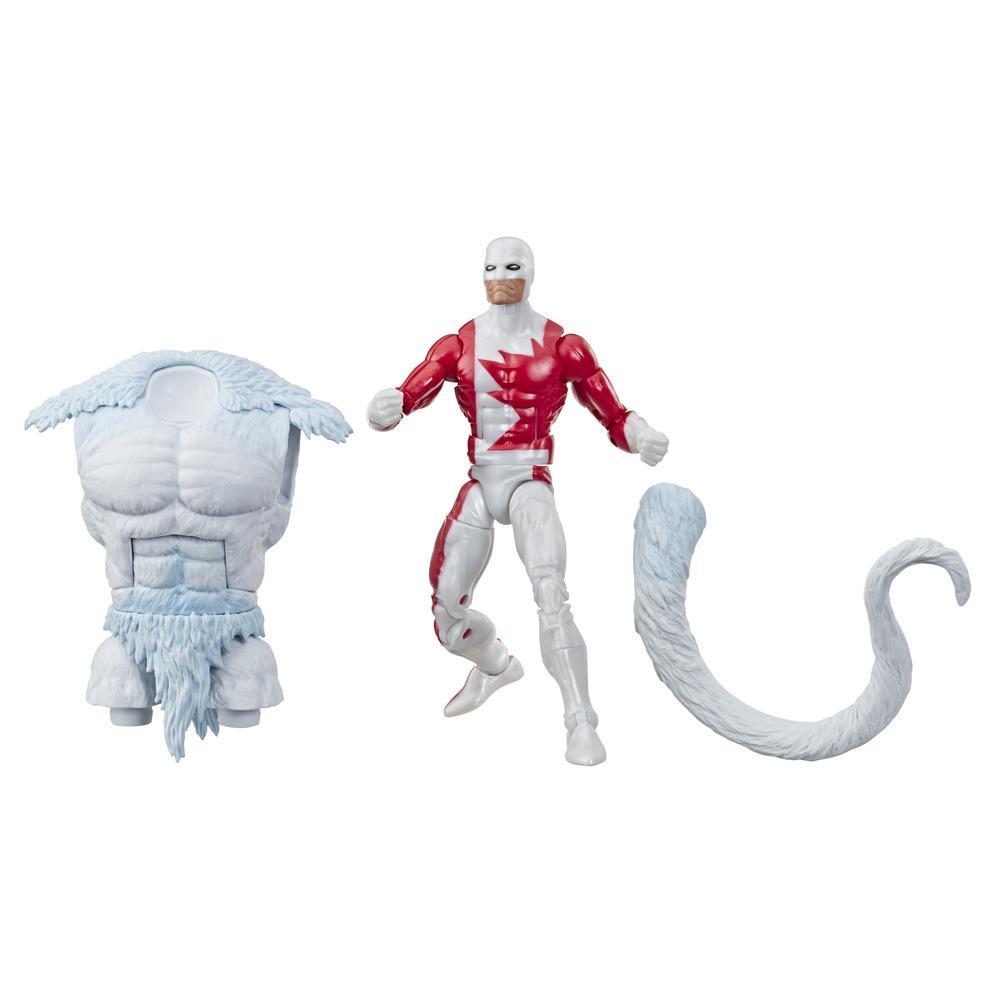 Proudly donning the maple league flag of his home nation, James Hudson suits up in advanced battle armor to manipulate magnetic forces and protect the Earth as Guardian.

With the Marvel Legends Series, both kid and adult Marvel fans and collectors can start a legendary collection of comic- and entertainment-based Marvel characters. This premium 6-inch-scale Marvel’s Guardian figure is highly articulated and features an X-Men comic-inspired design, making it another worthy addition to the Marvel Legends Series. Includes figure and Build-a-Figure part. Collect all figures in this wave to build a Marvel’s Wendigo action figure! (Additional figures each sold separately. Subject to availability).