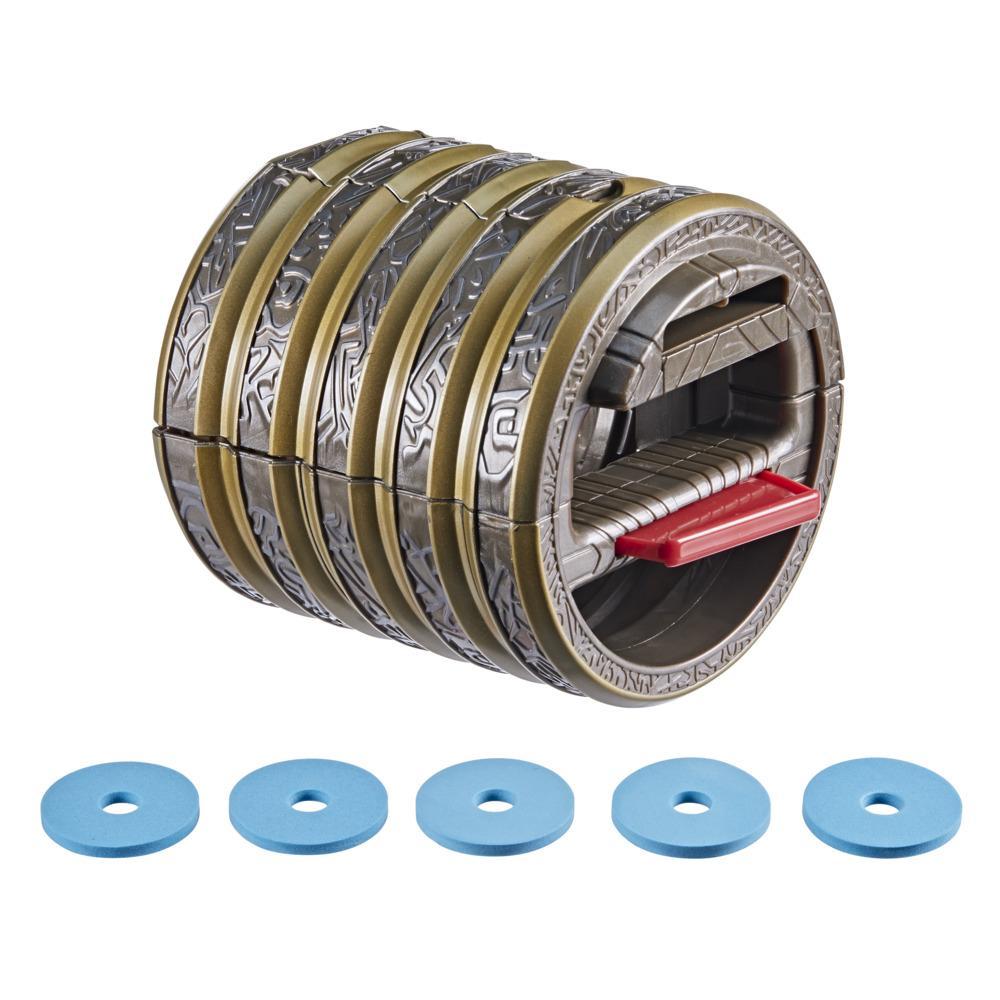 Unleash the power of the Legendary Ten Rings to battle your enemies! Join Shang-Chi and the power of the legendary Ten Rings as he tangles with formidable foes! Shang-Chi was trained in many martial arts for the secretive Ten Rings organization. On his journey toward mastery, he is drawn into a powerful web and must confront the past he thought he left behind. Kids can imagine their own adventure to claim their destiny with this Blaster inspired by the movie Shang-Chi And The Legend Of The Ten Rings, part of the Marvel Cinematic Universe. © 2021 MARVEL © 2021 HASBRO Hasbro and all related terms are trademarks of Hasbro.

•Ages 5 and up.
•WARNING: CHOKING HAZARD – Small parts. Not for children under 3 years.
•Includes: blaster and 5 rings.