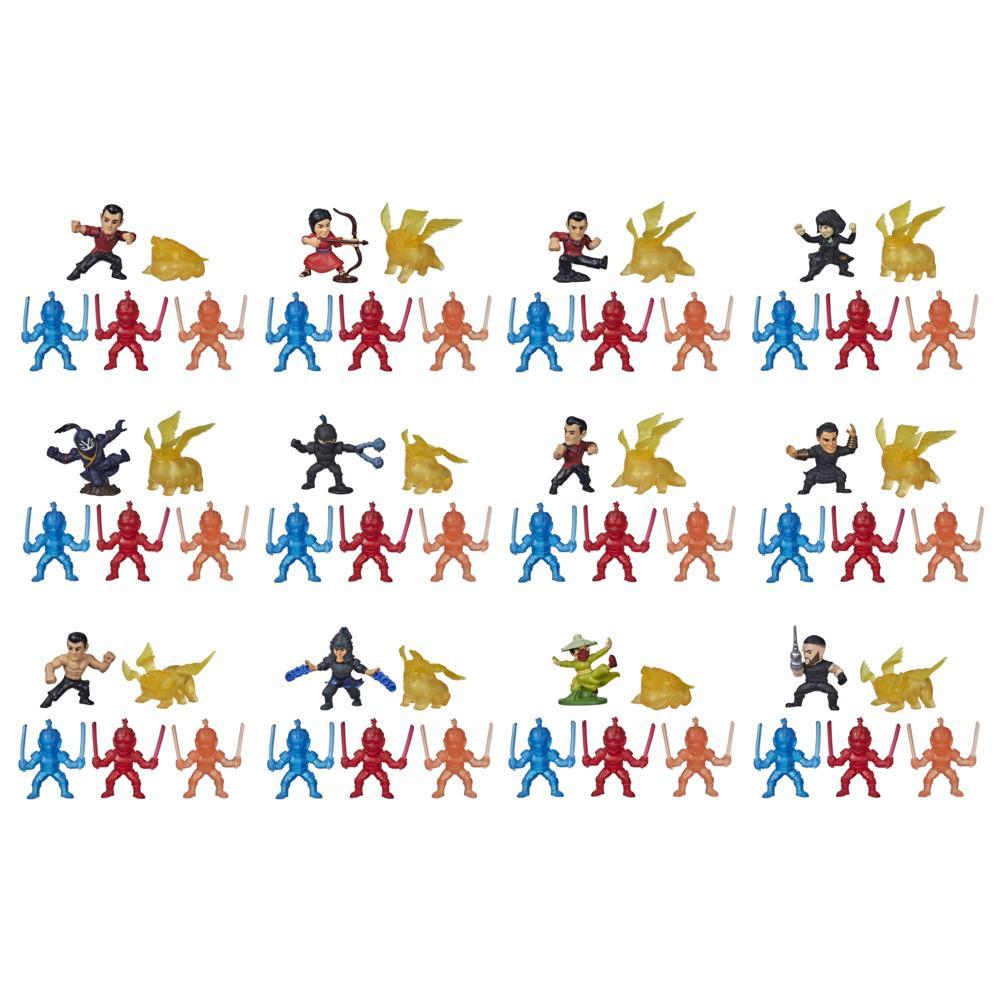 Smash open the Brick Breaker box to discover which mini-figures are waiting for kids’ imagination to make the story come alive! Join Shang-Chi and the power of the legendary Ten Rings as he tangles with formidable foes! Shang-Chi was trained in many martial arts for the secretive Ten Rings organization. On his journey toward mastery, he is drawn into a powerful web and must confront the past he thought he left behind. Kids can imagine their own adventure to claim their destiny with this Brick Breaker box with mini- figures, inspired by the movie Shang-Chi And The Legend Of The Ten Rings, part of the Marvel Cinematic Universe. © 2021 MARVEL © 2021 HASBRO Hasbro and all related terms are trademarks of Hasbro.

•BREAK OPEN THE FUN! The excitement begins by getting ready to break open the Brick Breaker box! With an adult holding the box, kids will chop open the brick, just like Shang-Chi in the Marvel movie Shang-Chi And The Legend Of The Ten Rings!
•SURPRISES INSIDE: With a great big downward strike, kids release five 2-inch mini-figure toys based on characters from the movie Shang-Chi And The Legend of the Ten Rings! When the box breaks open, the fun continues!
•MYSTERY REVEALED: Kids use their power to break out 5 mini-figures and imagine their own legendary stories. The box contains 5 mini-figure characters from the Marvel movie. Collect all 21 mini-figures!
•COLLECT THEM ALL: Will it be Shang-Chi, Wenwu, Xialing, the mischief maker, or villain characters from the Marvel movie? Each Brick Breaker box contains one 2-inch hero or villain, 3 Ten Rings warriors, and one mythical creature, all inspired by the Marvel movie. (Additional figures each sold separately. Subject to availability.)

•Ages 5 and up.
•WARNING: CHOKING HAZARD – Small parts. Not for children under 3 years.
•Includes: 5 mini-figures.