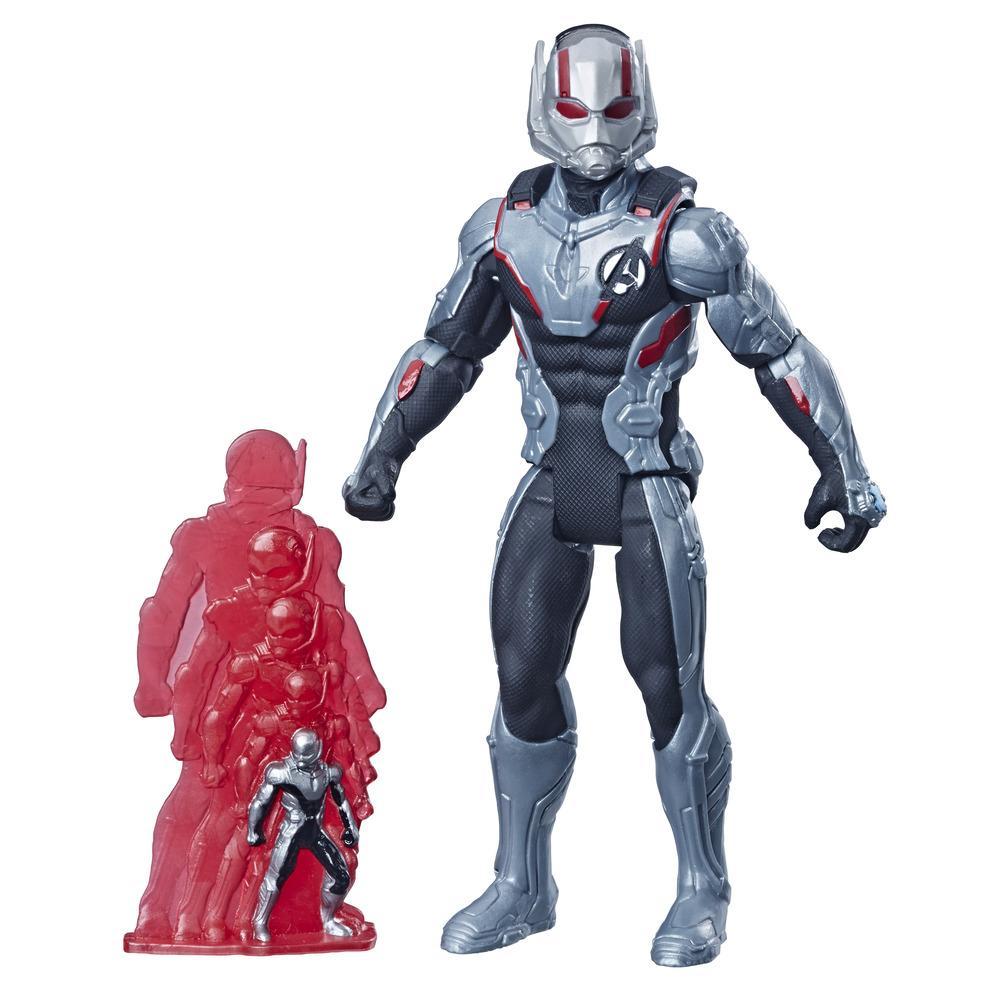 "Imagine the incredible, super-powered action of the Avengers with figures, roleplay, and more inspired by the Avengers movies! These figures are inspired by the Avengers movies, part of the Marvel Cinematic Universe that includes Avengers: Infinity War. Avengers: Infinity War features characters like Iron Man, Captain America, Spider-Man, Black Panther, and more! With Avengers toys, kids can imagine battling like their favorite heroes and playing their part in saving the galaxy! Additional products each sold separately. Subject to availability.
Scott Lang brings big power to the fight as the half-inch hero, Ant-Man.
This Ant-Man figure includes an ant-sized Ant-Man accessory for movie-inspired battling action!
Collect Avengers 6-inch-scale figures to assemble a team of Marvel Super Heroes and imagine action-packed scenes from the Marvel universe. (Figures each sold separately. Subject to availability.)
Copyright 2018 MARVEL.
Hasbro and all related terms are trademarks of Hasbro.
Includes: figure and accessory.
6-INCH SCALE ANT-MAN FIGURE – Imagine Scott Lang joining the Avengers in the battle for the universe as Ant-Man with this 6-inch-scale Ant-Man figure, inspired by the Avengers movies.
MOVIE-BASED, CHARACTER-INSPIRED ACCESSORY – This Marvel action figure includes an ant-sized Ant-Man accessory that makes a great addition to any Marvel figure and vehicle collection.
MARVEL MOVIE-INSPIRED DESIGN – Fans can imagine action-packed scenes with this Ant-Man figure, inspired by the Avengers movies from the Marvel Cinematic Universe.
• ARTICULATION AND DETAILING – Marvel fans can imagine the Avengers entertainment excitement with this poseable Ant-Man figure, featuring articulated arms and head and movie-inspired deco.
• COLLECT A MARVEL UNIVERSE – Look for other Marvel toys and figures (each sold separately, subject to availability) to build a Marvel universe, inspired by the Marvel comics, movies, and entertainment.
• Figure scale: 6 inches
• Ages 4 and up
• WARNING: CHOKING HAZARD - Small parts. Not for children under 3 years.