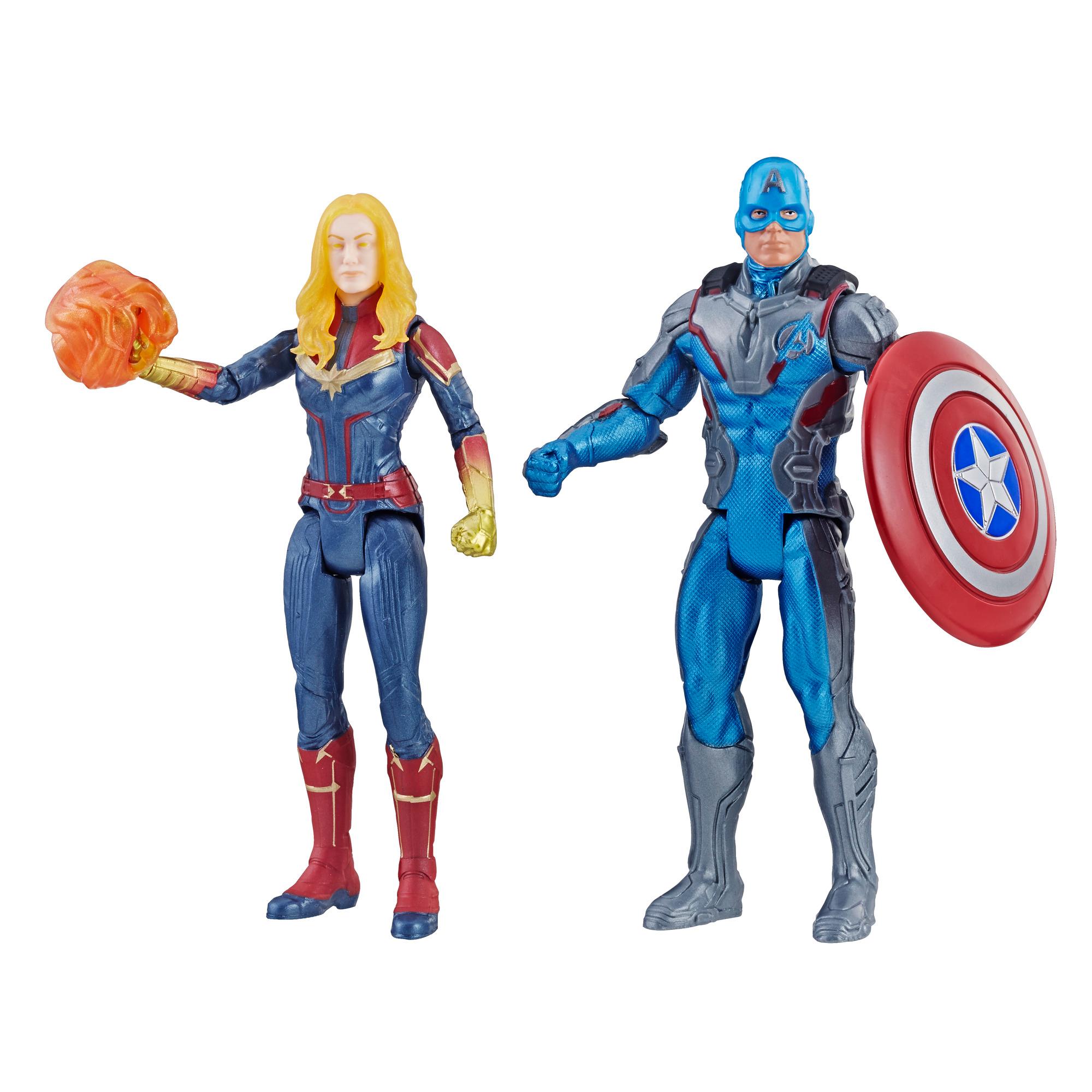 Steve Rogers suits up as the patriotic Captain America to defend the world from evil. Carol Danvers flies into action to protect the world as the powerful Captain Marvel.

• Includes: 2 figures and 2 accessories.
• TOYS FOR SAVING THE UNIVERSE - These 6-inch Avengers figures feature design inspired by Avengers: Endgame, so kids can imagine their favorite Super Heroes battling against the evil Thanos.
• HEROIC AVENGERS READY FOR THE FIGHT - Captain America powers up in his Team Suit and Captain Marvel unleashes her incredible Photon power to take on the toughest of enemies.
• AVENGERS ASSEMBLE! - The first Avenger Captain America and Earth's Mightiest Hero Captain Marvel team up to stop Thanos and his evil plans to wield the Infinity Stones.
• INSPIRED BY THE MCU - When kids play with 6-inch Marvel figures they can imagine the action of the Marvel Universe when Super Heroes unite to stop the forces of evil from destroying the universe.
• A UNIVERSE OF HEROES (AND VILLAINS) - Look for other Avengers: Endgame figures (each sold separately) to imagine even more adventures in the Marvel Universe.
• Figure scale: 6 inches
• Ages 4 and up
• WARNING: CHOKING HAZARD - Small parts. Not for children under 3 years.