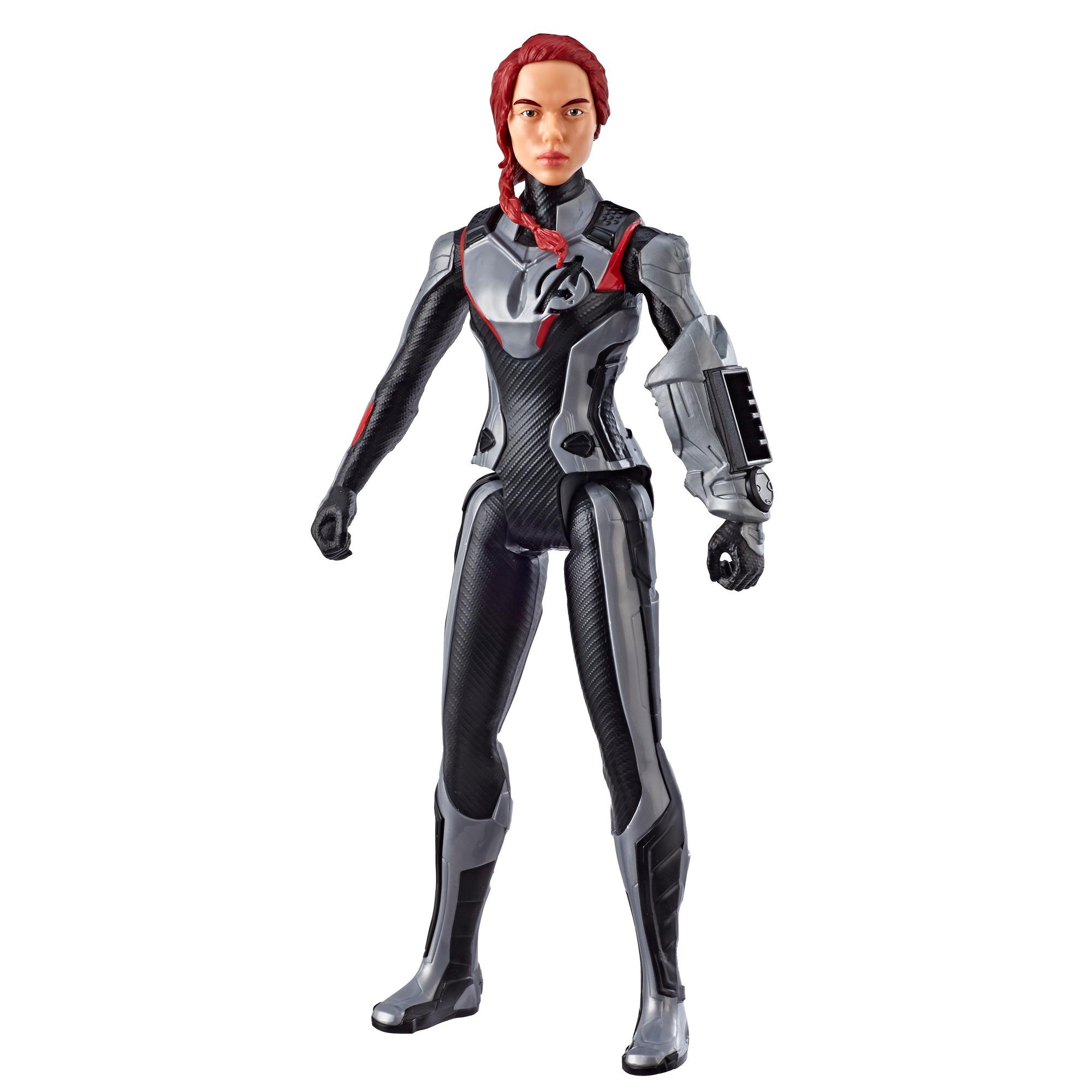 • 12-INCH SCALE BLACK WIDOW FIGURE – Imagine the powerful Black Widow using her martial arts skills in battle alongside fellow Avengers with this 12-inch-scale Black Widow figure, inspired by Avengers: Endgame.
• CONNECT TITAN HERO POWER FX LAUNCHER (NOT INCLUDED) FOR SOUNDS AND PHRASES – Connect the Titan Hero Power FX Launcher (not included) to the action figure’s arm port to activate sounds and phrases inspired by the Marvel movie and fire projectiles!
• MARVEL MOVIE-INSPIRED DESIGN – Fans can imagine the action-packed scenes of the Marvel universe with this Black Widow figure, inspired by the Avengers: Endgame movie.
• COMPATIBLE WITH TITAN HERO POWER FX LAUNCHER (not included) – Connect to Titan Hero Series and Titan Hero Power FX figures (each sold separately) for sounds and phrases from the Avengers movies.
• LOOK FOR OTHER MARVEL AVENGERS TOYS - Be on the lookout for other Marvel Avenger figures and gear to imagine forming a team of Avengers! Additional products each sold separately. Subject to availability.