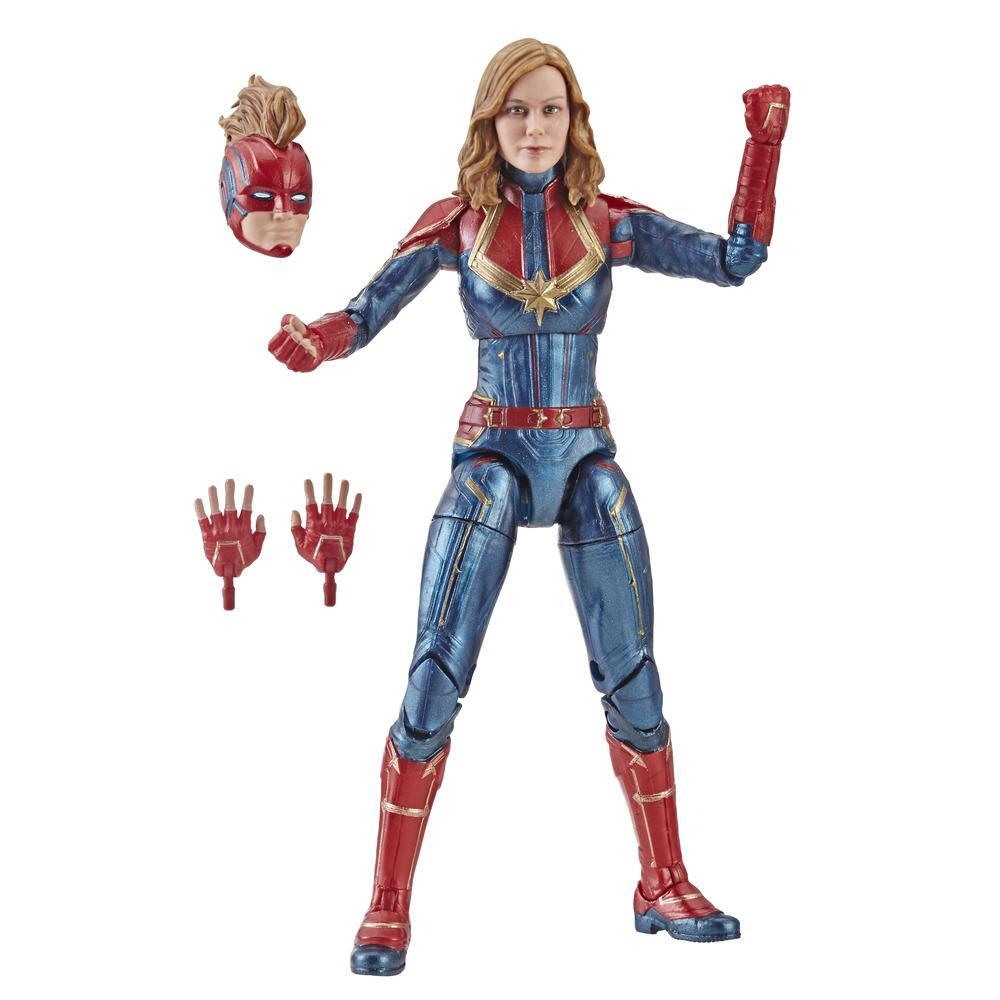 Carol Danvers becomes one of the universe’s most powerful heroes, Captain Marvel, when Earth is caught in the middle of a galactic war between two alien races.

MOVIE-BASED CHARACTER-INSPIRED ACCESSORY – This Marvel Legends Series action figure includes an alternate, unmasked head and other accessories that make a great addition to any Marvel Legends Series collection. Kids and fans alike can appreciate the powerful Super Hero, inspired by the character from the Marvel Cinematic Universe.

PREMIUM ARTICULATION AND DETAILING – Featuring multiple points of articulation for high poseability, fans and collectors can display the Marvel Avengers Legends Series Captain Marvel figure in their action figure and vehicle collection to recreate scenes from Marvel entertainment and comics.