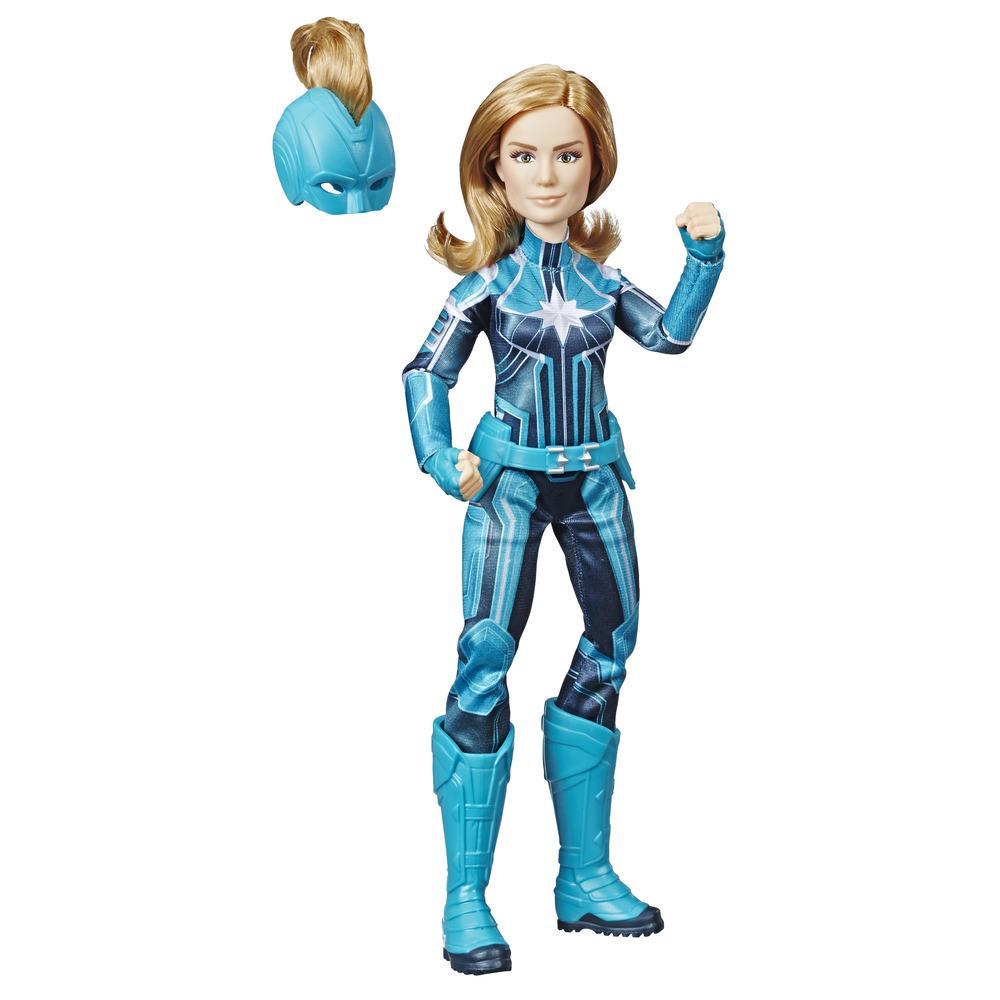 A bold leader with a heart for justice, Captain Marvel hones her energy-blasting powers to protect and defend the universe.

Imagine Captain Marvel leading a mission for intergalactic victory with this 11.5-inch scale Captain Marvel (Starforce) super hero doll, including classic mohawk helmet accessory, inspired by the upcoming Captain Marvel movie! Super hero figure also includes a full soft goods outfit and rooted hair! Poseable Captain Marvel doll features 15 points of articulation so kids can put their doll in dynamic poses and move her into action! Look for all of the Captain Marvel dolls to imagine suiting up to protect the universe! (Each sold separately. Subject to availability).