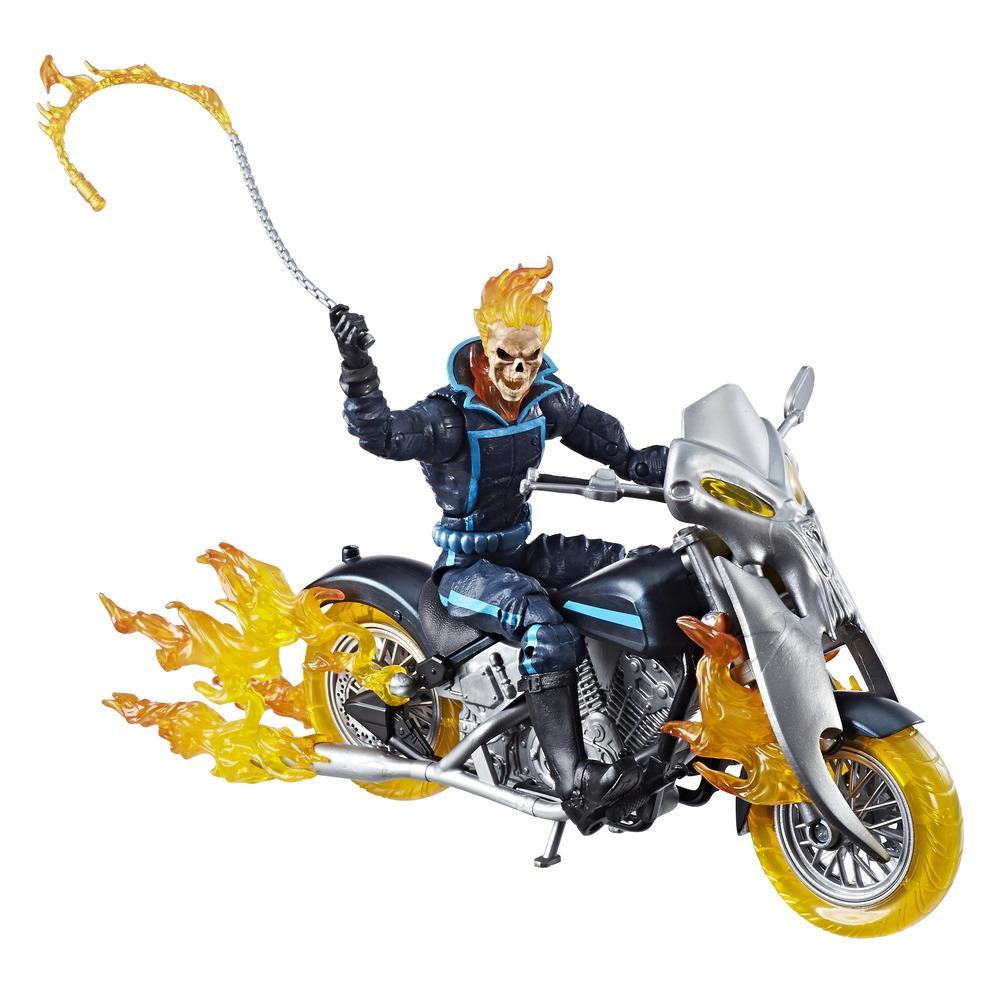 Johnny Blaze fires up his iconic motorcycle and hits the pavement as the streetwise hot-head, Ghost Rider.

With Marvel Legends Series 6-inch-scale figures and vehicles, kids and collectors alike can start a legendary collection of comic- and movie-based Marvel characters. With this 6-inch-scale Johnny Blaze Ghost Rider figure and Flame Cycle vehicle, featuring classic design and premium articulation, Marvel fans can imagine recreating the arcs from some of their favorite Marvel comics.

• Ages 4 and up
• WARNING: CHOKING HAZARD- Small parts may be generated. Not for children under 3 years.