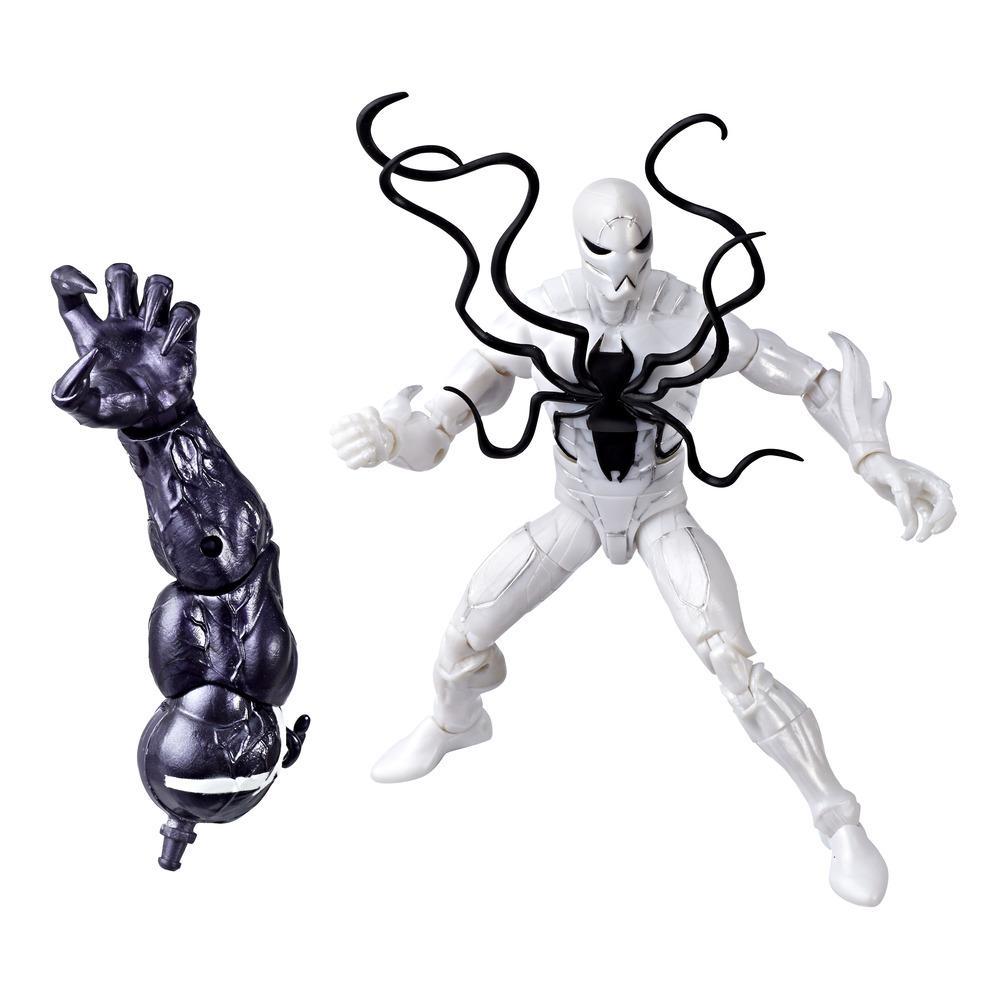 Believing himself to be a living miracle after seemingly coming back from the dead, symbiote-possessed Peter Parker rejects the Venom identity and names himself Poison.

With the Legends Series, kid and adult Marvel fans can start a legendary collection of comic- and movie-based Marvel characters (each sold separately). This 6-inch-scale Marvel's Poison figure is highly articulated and features comic-inspired design, making it another worthy addition to the Marvel Legends Series.