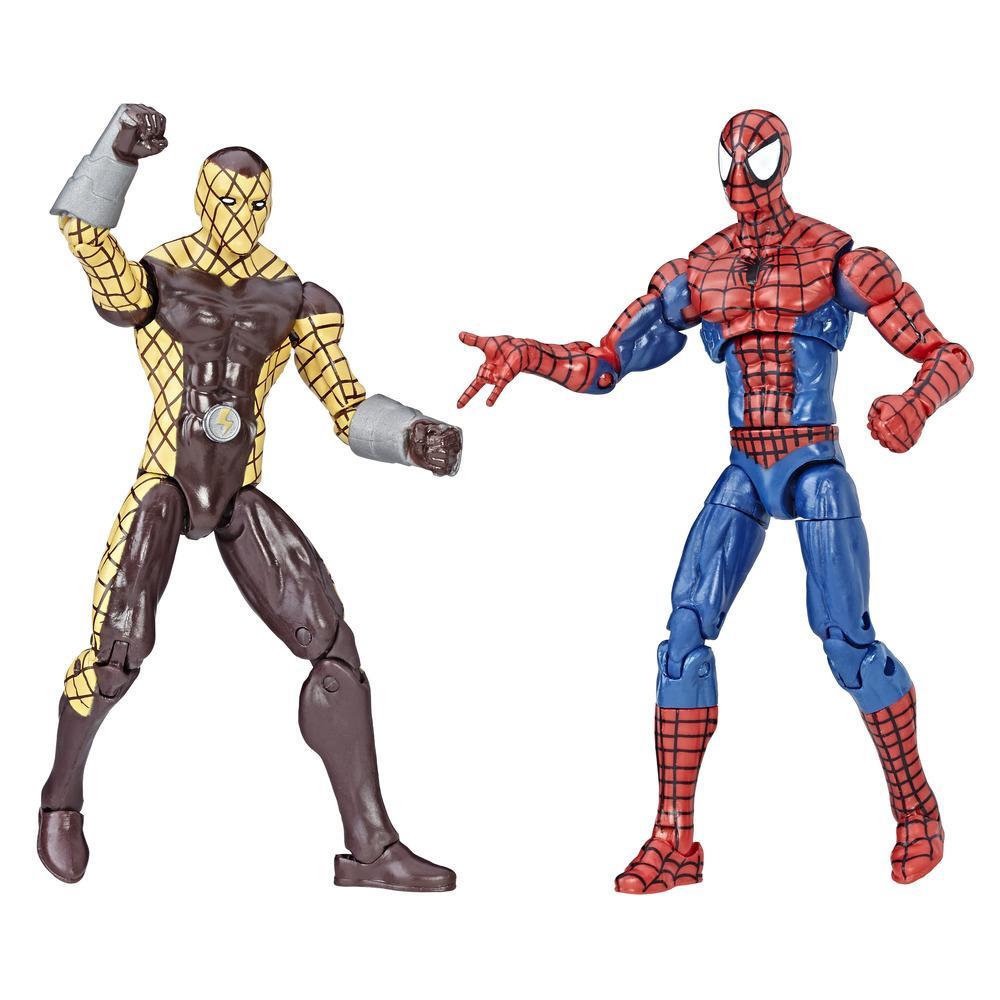 Peter Parker suits up for an electrifying battle against the super-charged villain, Shocker, as the web-slinging, wall-crawling hero, Spider-Man.

With the Marvel Legends Series, kids and collectors alike can start a legendary collection of comic- and movie-based Marvel characters. With this Marvel Legends Spider-Man and Marvel’s Shocker 2-pack, featuring 2 highly-articulated and comic-inspired 3.75-inch figures, heroes-in-training can imagine swinging into battle and sending web blasts flying to take down the bad guys and protect the city.