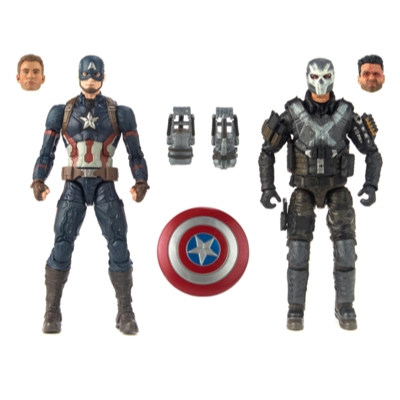 Imagine the astonishing events that lead to the battle between Captain America and Crossbones with these figures, featuring premium articulation and highly detailed design inspired by the 2016 hit movie, Captain America: Civil War.