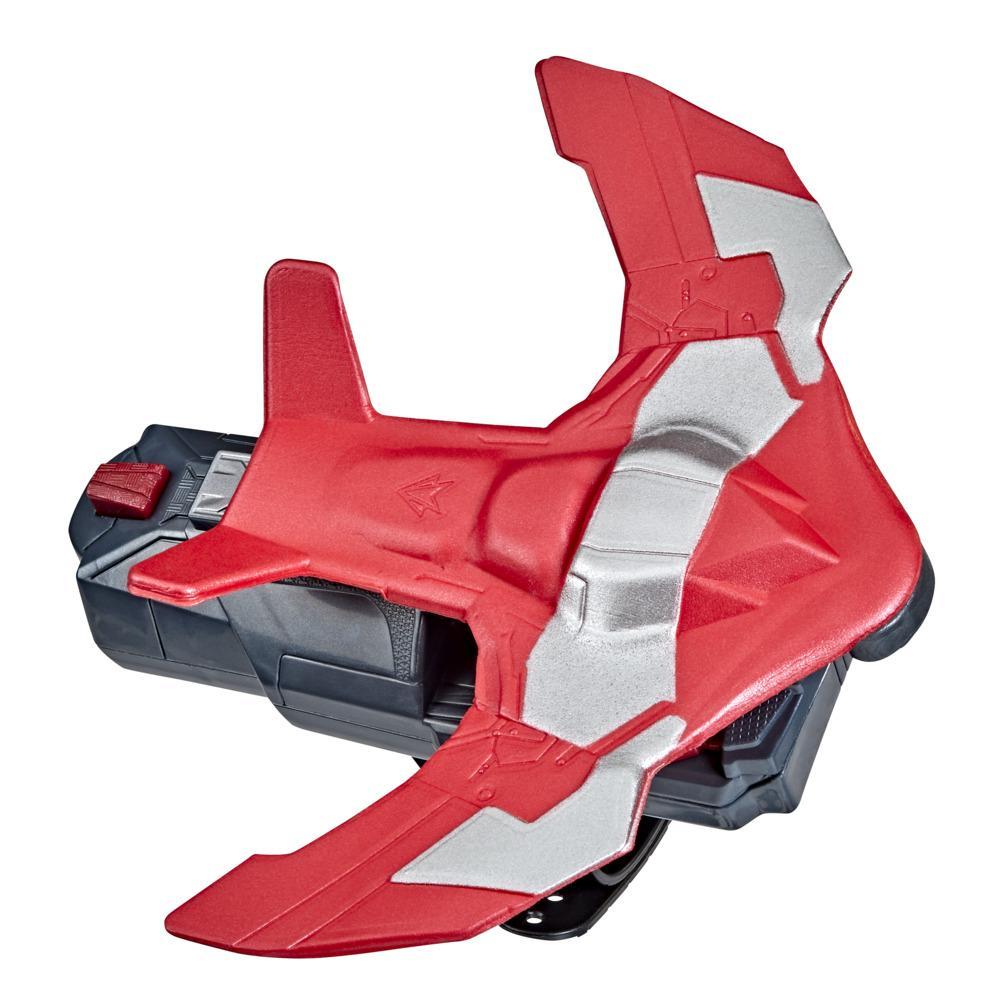 When Captain America asked Air Force veteran Sam Wilson for help, Wilson agreed without hesitation. Donning his prototype flight suit, he became the high-flying hero known as Falcon. Ready, set, fly! With the Marvel’s Falcon Redwing Flyer, kids ages 5 and up send the Redwing Flyer toy drone into action with the push of a button. Load the flyer into the launching mechanism, lock it into place, press the button, and watch it fly! Boys and girls will love re-creating favorite scenes from the Marvel entertainment, as well as imagining their own high-flying adventures. Copyright 2022 Marvel. Hasbro and all related terms are trademarks of Hasbro.

•MARVEL’S FALCON: Sam Wilson donned the flight suit he’d used in combat to become the Falcon, setting him on a path toward becoming an Avenger
•LOAD, LOCK, AND LAUNCH: Boys and girls can load the Redwing Flyer into the gauntlet, lock it into place, then press the button to launch it through the air
•DISNEY PLUS SERIES-INSPIRED DESIGN: Kids ages 5 and up can imagine scenes from the Marvel Universe with this The Falcon and The Winter Soldier roleplay toy, inspired by the streaming series on Disney Plus
•LOOK FOR OTHER MARVEL SUPER HERO GEAR: Look for other Marvel roleplay toys to start a collection, swap with friends, and give as gifts (Each sold separately. Subject to availability.)


•Ages 5 and up.
•WARNING: Small parts may be generated. Not for children under 3 years.
•Eyewear not included.
•TO AVOID EYE INJURY: •WARNING: Do not aim at eyes or face. Use of eyewear recommended for players and people within range. Use only official Hasbro projectiles. Other projectiles may not meet safety standards. Do not modify projectiles or blaster.
•Includes: Gauntlet and flyer.