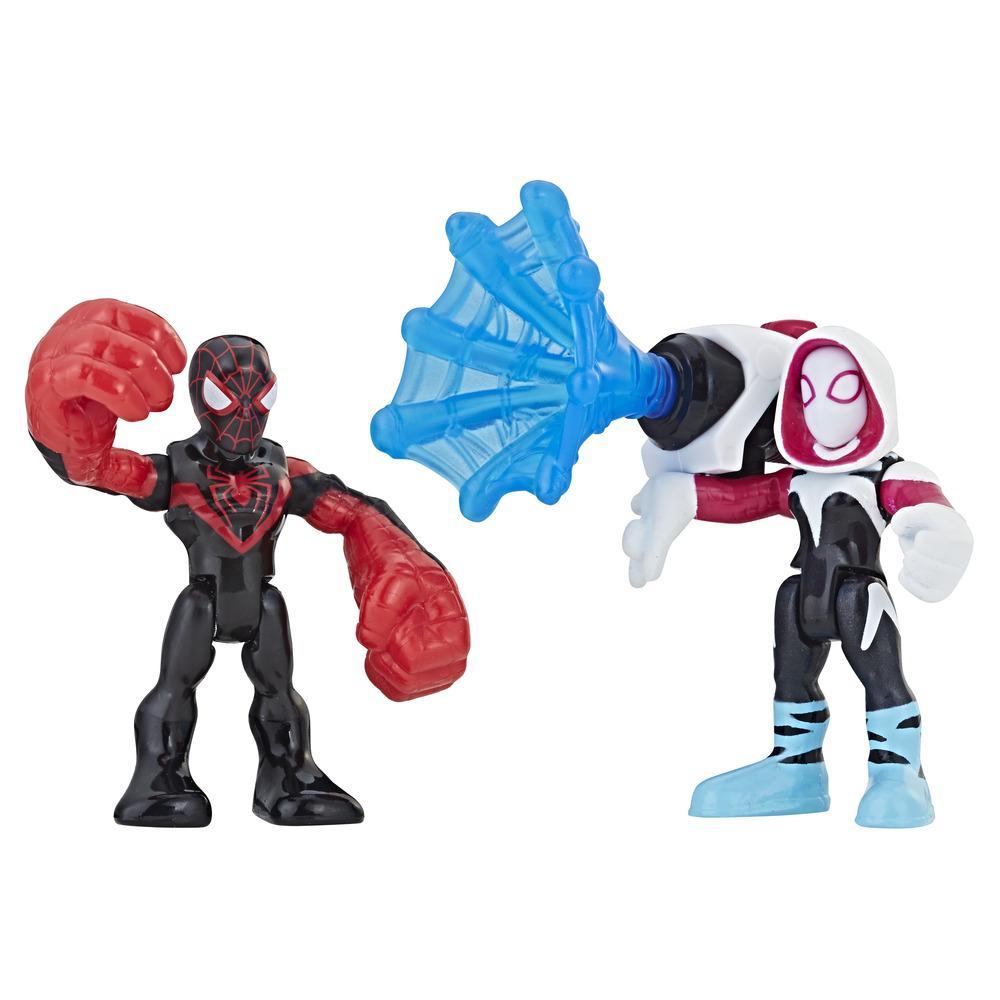 Imagine Kid Arachnid and Spider-Gwen swinging in to the rescue! Sized right for small hands, these figures get a battling boost with the Playskool Heroes power up arms. Younger heroes can power up these figures with removable arms that snap on and off, and pretend to make their favorite super heroes even mightier. Gear up the Kid Arachnid figure with his battle fists and the Spider-Gwen figure with her web blaster for projectile-launching action! For even more fun, look for other Marvel Super Hero Adventures figures to assemble a crime-fighting team! (Other figures each sold separately. Subject to availability.)
• Includes Kid Arachnid and Spider-Gwen figures with power up arms and 1 projectile.
• Includes 2 figures with power up arms, removable arms that snap on and off
• Power up Kid Arachnid with his battle-ready fists
• Power up Spider-Gwen with her web blaster
• Spider-Gwen figure launches web projectile
• Sized right for small hands
• Figure scale: 2.5 inches
• Ages 3 to 7
• Warning: Choking Hazard - Small parts may be generated. Not for children under 3 years.
• Some poses may require additional support.