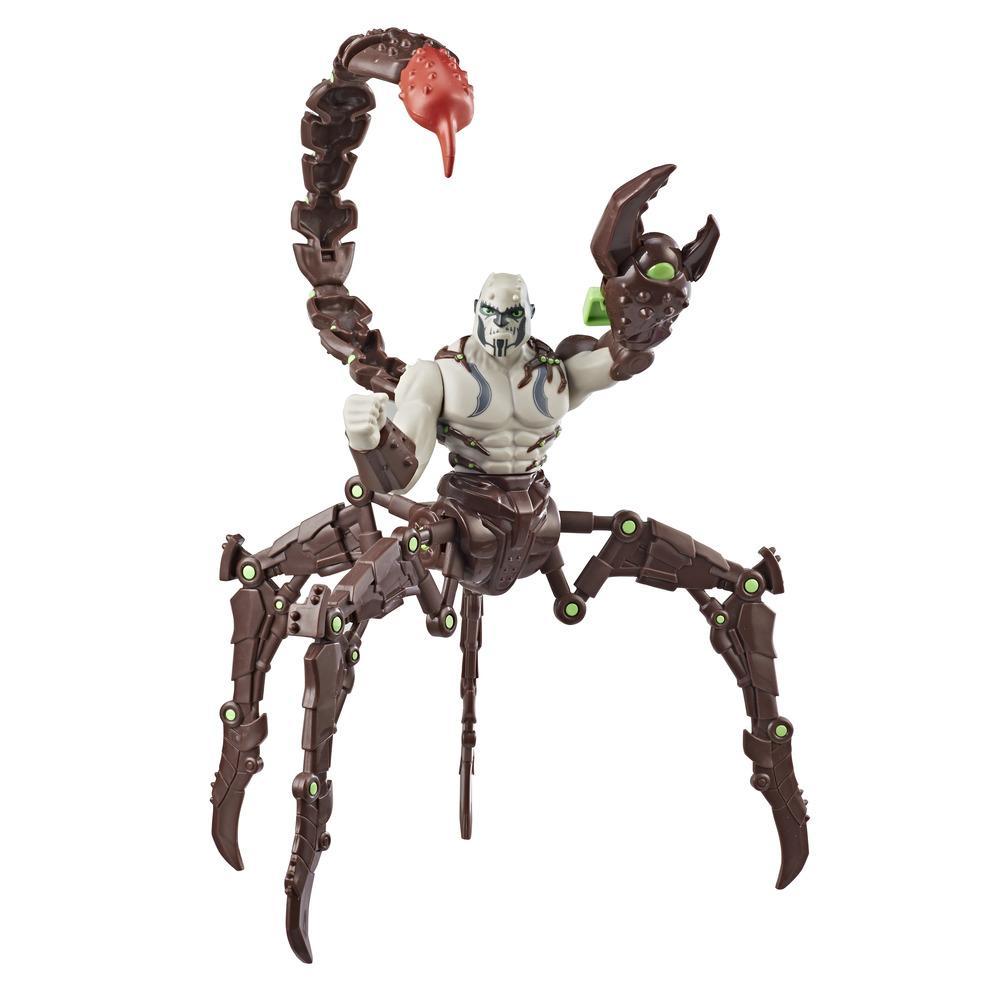 A powerful mechanical tail and set of claws let Mac Gargan strike down opponents as Scorpion.

Imagine Scorpion facing off against the web-slinging heroes of the Spider-Verse with the 6-inch-scale Marvel's Scoprion figure. With a twisting tail, kids can imagine Scorpion grabbing his enemies to stop them in their tracks.

Collect other Spider-Man Into the Spider-Verse 6-inch figures to recreate the adventure of the Spider-Verse! (Additional figures sold se[aratey. Subject to availibitliy.)