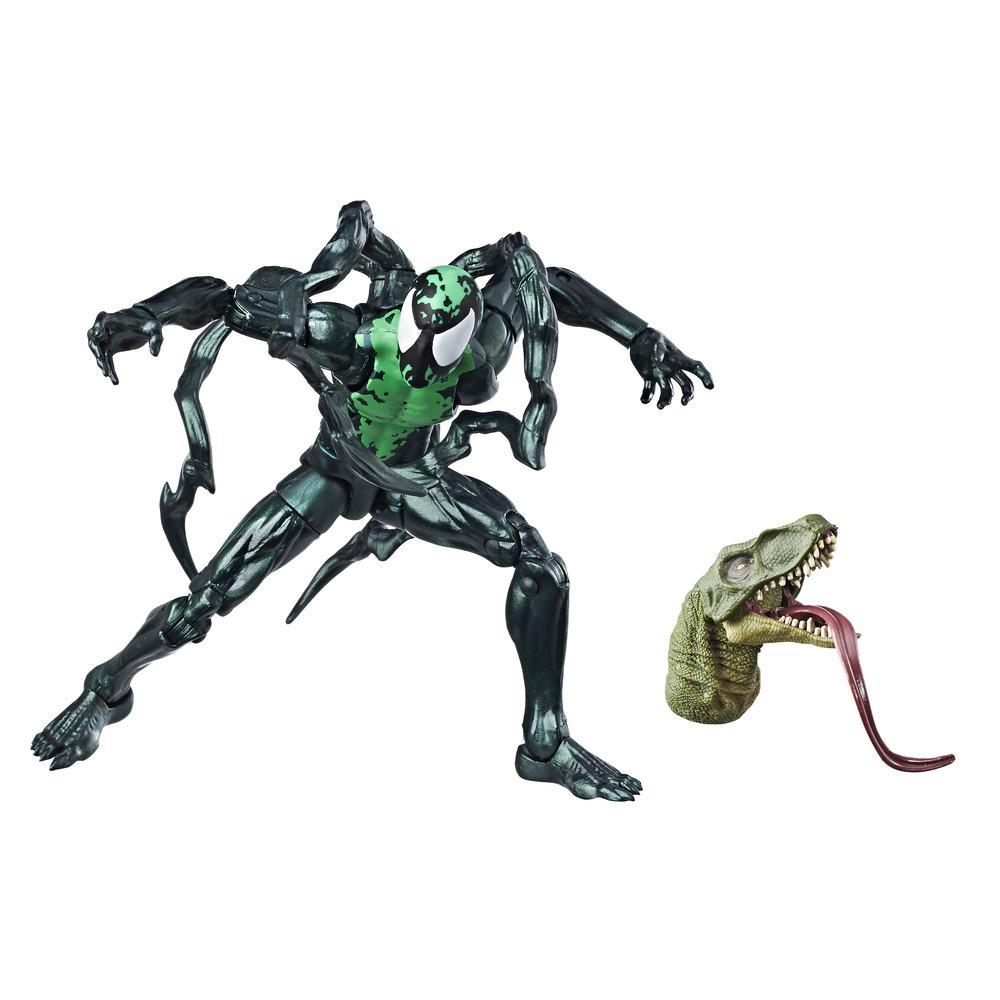 A sinister mercenary of evil, Lasher thrives off of the power of the malevolent Venom symbiote.
With the Marvel Legends Series, both kid and adult Marvel fans can start a legendary collection of comic- and movie-based Marvel characters. This 6-inch Marvel's Lasher figure is highly articulated and features a comic-inspired design, making it another worthy addition to the Marvel Legends Series.
Collect all figures in this Spider-Man Legends Series Build-a-Figure collection to assemble Marvel's Lizard! Additional figures sold separately. Subject to availability.
• Includes: figure, accessory, and Build-a-Figure part.
• Comic-inspired design
• Premium articulation and detailing
• Character-inspired accessory
• Collect other Marvel Legends Series figures (each sold separately)
• Figure scale: 6-inch
• Ages 4 and up
• WARNING: CHOKING HAZARD - Small parts may be generated. Not for children under 3 years.