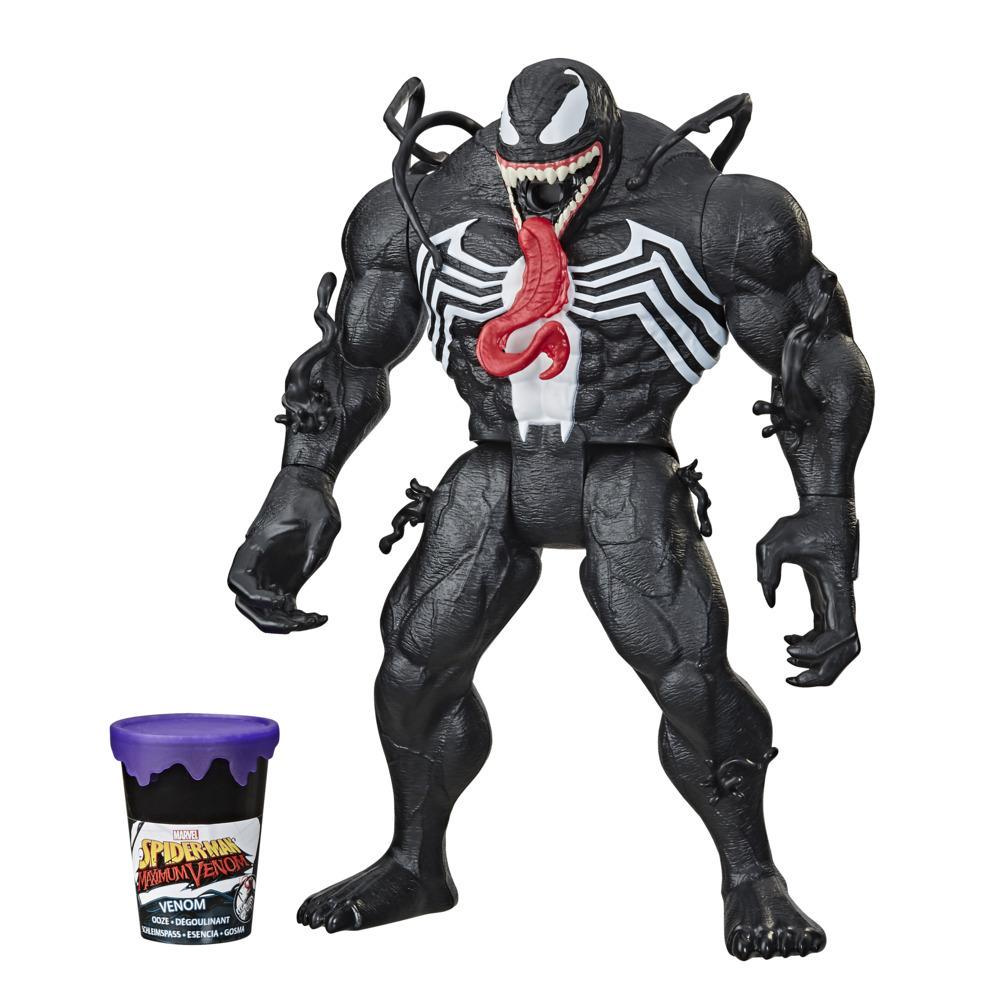 Spider-Man Maximum Venom, Venom Ooze, With Ooze-Slinging Action, Can Of Ooze, Ages 4 And Up

Alien ooze drips out of the mouth of the sinister symbiote – Venom!
Enter the world of Maximum Venom with this 12.5-inch Venom Ooze figure. When kids put purple ooze in the back of the figure, it drips out of the mouth in a gross and sinister symbiote display. Then turn the knob on the figure’s back to flick its terrifying tongue envenomed with the evil stretchy spew before your eyes! Figure features dark, villainous design inspired by the iconic supervillain from the Spider-Man animated series.

Each sold separately. Subject to availability.

12.5-INCH MAXIMUM VENOM FIGURE: Imagine the world of Maximum Venom with this 12.5-inch Venom Ooze figure that drips goopy ooze from its fearsome fanged mouth!
TONGUE SWINGS AND SLINGS OOZE: Put purple ooze (included) into the back of the figure, then turn a knob on the back to move the figure’s tongue and sling the shiny, symbiotic surprise!
INCLUDES FIGURE AND CAN OF OOZE: Figure includes can of gross purple ooze so kids can recreate the gruesome, slithery action again and again!
INSPIRED BY MARVEL’S SPIDER-MAN ANIMATED SERIES ON DISNEY XD: In the exciting new 2020 season of the Disney XD series, Venom summons a global threat from his alien world.
COLLECT OTHER SPIDER-MAN MAXIMUM VENOM FIGURES: Collect other Spider-Man Maximum Venom figures and roleplay items for more gruesome venomized action! (Each sold separately.)

• Includes: figure and compound.
• Figure scale: 12.5 inches
• Ages 4 and up
• WARNING: CHOKING HAZARD - Small parts may be generated. Not for children under 3 years.
• Product will stain or stick to some surfaces.
• Not intended to be eaten.