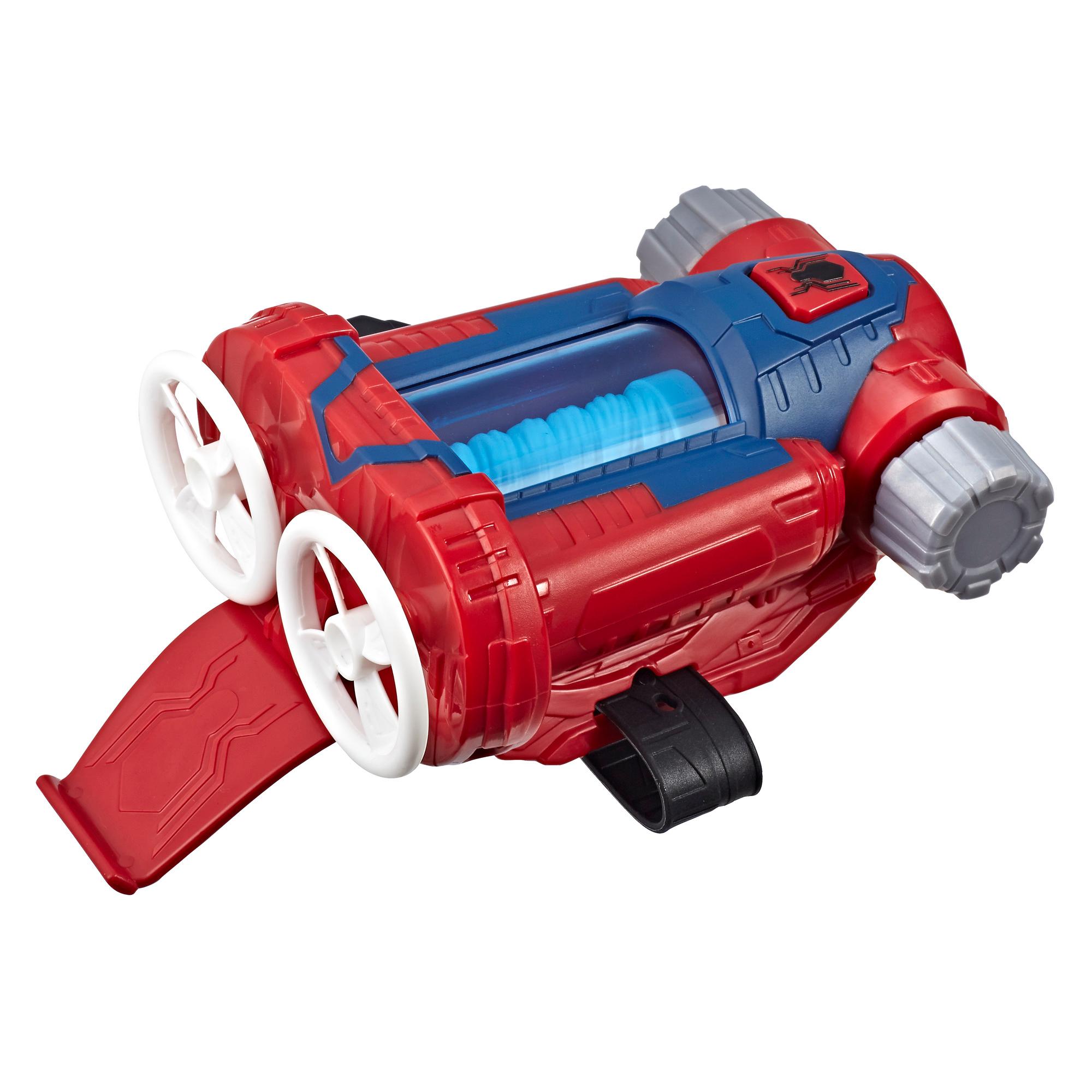 Imagine swinging into the newest Spider-Man adventure with Spider-Man figures, vehicles, and roleplay items inspired by Spider-Man: Far From Home. With this movie-inspired line of toys, kids can imagine the web-slinging, wall-crawling action as Spider-Man faces new challenges and new villains. Additional products each sold separately. Subject to availability.

With the Web Shots Gear Twist Strike blaster, kids can imagine gearing up with a web-styled blaster inspired by Spider-Man and his awesome inventions. Launch propellers and watch them spin! Plus, attach the Twist Strike Blaster to the Web Shots Spiderbolt blaster (Sold separately. Subject to availability) for even more blasting action!

Copyright 2018 MARVEL. Copyright CPII.
Hasbro and all related terms are trademarks of Hasbro.

TWIST & FIRE – The Spider-Man Web Shots Twist Strike blaster comes with two propellers. When kids wind up the blaster they can launch the propellers with the press of a button and imagine taking on villains!

SLING WEBS IN STYLE – Inspired by the look and feel of Spider-Man: Far From Home, the Web Shots Twist Strike blaster has web-detailing and Spider-inspired design so kids can imagine gearing up like the web-slinging Super Hero.

• Ages 5 and up
• CAUTION: Do not aim at eyes or face. TO AVOID INJURY: Use only projectiles designed for this product. Do not modify projectiles or projectile launcher.