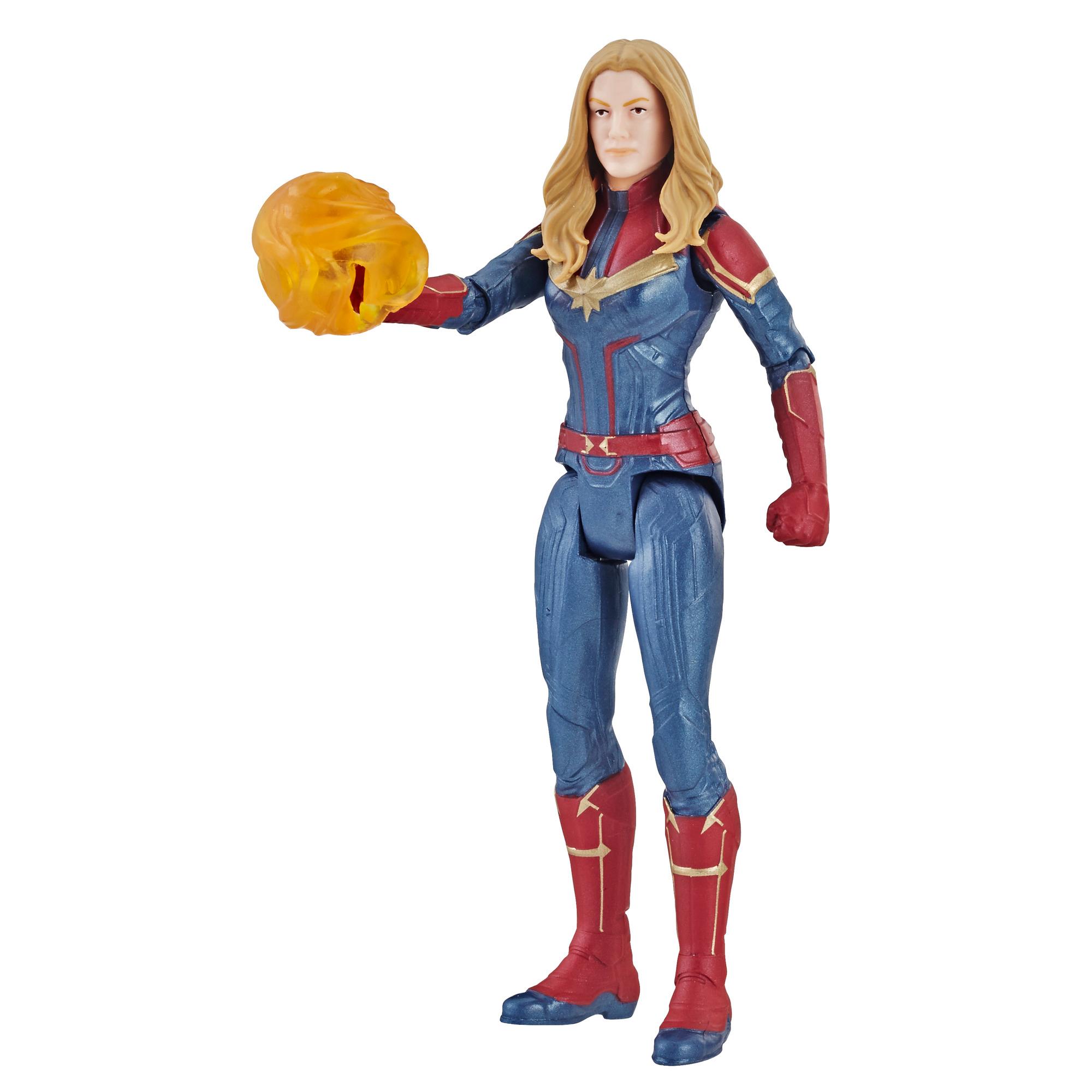 Carol Danvers flies in to battle as the mighty hero, Captain Marvel.