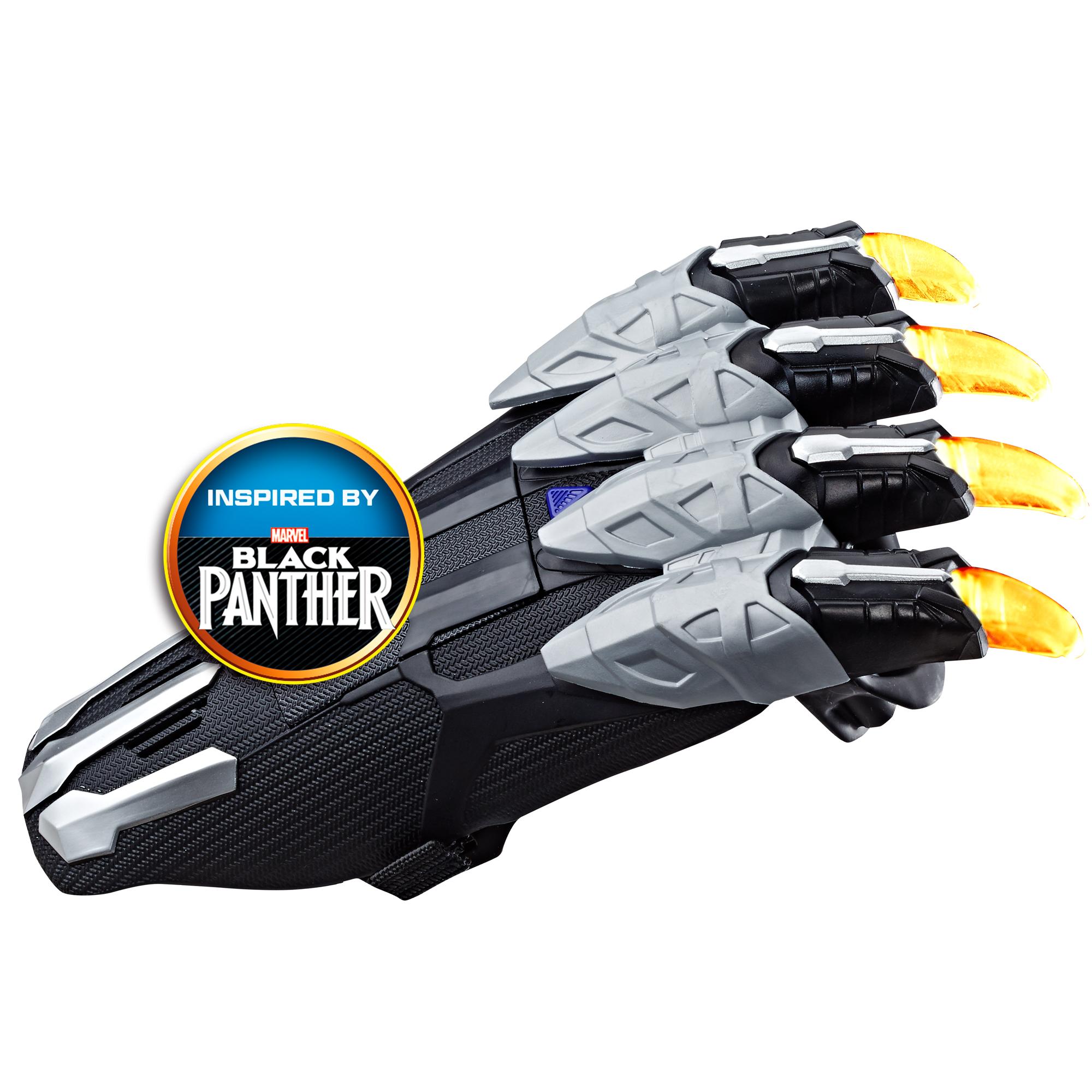 When T’Challa suits up as the warrior king, Black Panther, he trusts the power of Vibranium technology to protect him and serve his needs in combat. As well as bravely protecting his homeland, Black Panther is also known to use his powers and resources to fight alongside Marvel Avengers like Captain America and Iron Man to defend the universe against the evil warlord, Thanos. Imagine protecting the Kingdom of Wakanda and beyond with the Vibranium Power FX Claw, featuring light and sound FX! Claw fits most hand sizes.

• CONTACT-ACTIVATED LIGHT FX – Pressing claws against a surface activates lights and additional sounds. Kids can imagine battling to protect the Kingdom of Wakanda like Black Panther

• GEAR UP LIKE BLACK PANTHER – With this awesome role-play item, kids can imagine suiting up as Black Panther like T’Challa and fighting against his rival, Erik Killmonger

• LOOK FOR OTHER MARVEL MOVIE ROLE-PLAY GEAR – Fans can look out for other role-play gear inspired by Black Panther and other Marvel movies. Dress up as other Marvel characters or team up with friends to form a squad of Super Heroes