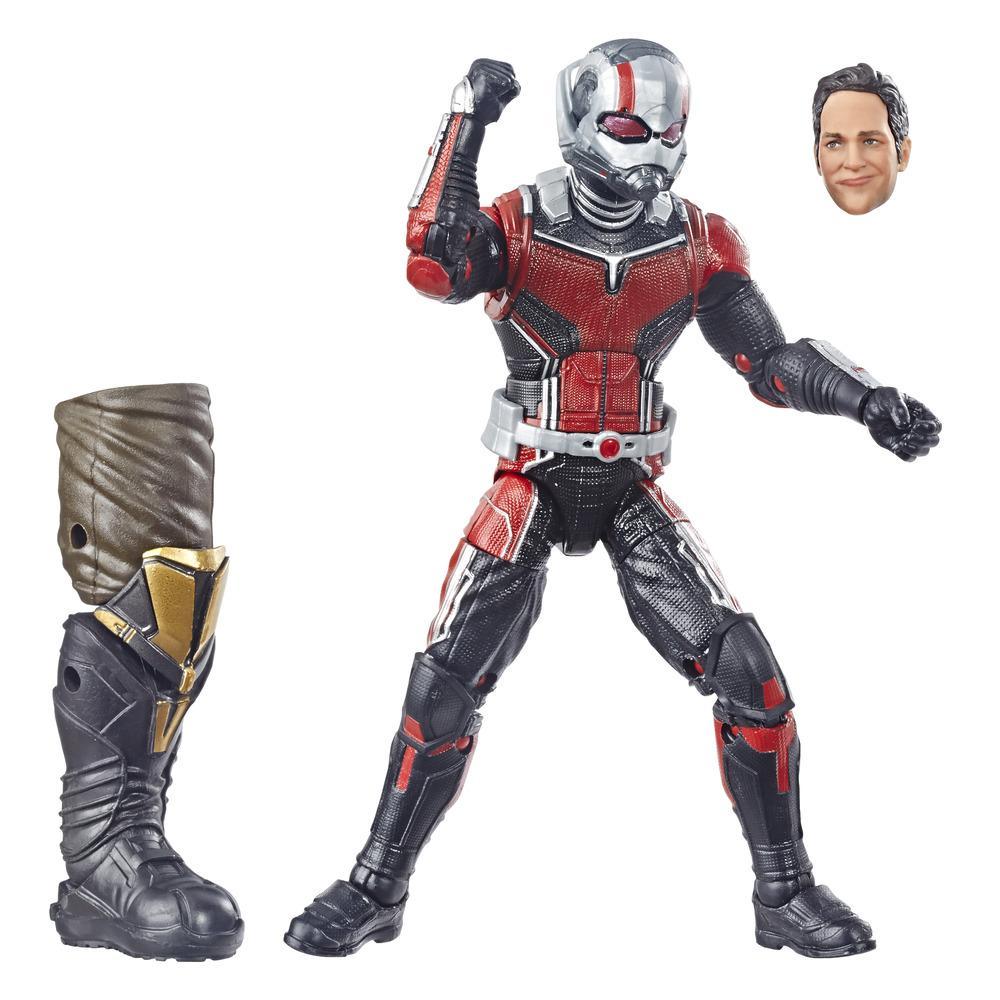 Scott Lang suits up as Ant-Man with a specialized suit engineered by Pym Technologies that lets him blast into any battle, big or small.

• 6-INCH SCALE ANT-MAN FIGURE – With a Pym-powered suit, Scott Lang becomes Ant-Man to take down villains with his tiny yet mighty fists and army of ant friends. Imagine the shrinking Avenger fighting villains alongside the Wasp in the same universe as Captain America, Iron Man, Thor, Spider-Man, Hulk, and the other Avengers with this 6-inch scale Ant-Man figure, inspired by the Ant-Man and the Wasp movie.

• MOVIE-BASED CHARACTER-INSPIRED ACCESSORY – This Marvel Legends Series action figure includes an Ant-Man and the Wasp-inspired alternate head accessory that makes a great addition to any Marvel Legends Series collection. Kids and fans alike can appreciate the shrinking hero and imagine the action-packed scenes of the Marvel Universe and Ant-Man and the Wasp with this premium Ant-Man figure, inspired by the character from the Marvel Cinematic Universe.

• BUILD THANOS! - Collect figures in this Thanos Legends Series Build-a-Figure collection to assemble the enemy of the Avengers from Avengers: Infinity War! This Ant-Man figure comes with the left leg part of the Thanos Build-a-Figure. Additional figures each sold separately. Subject to availability.

• MARVEL UNIVERSE IN 6-INCH SCALE - Look for other Marvel Legends Series figures (each sold separately) with comic- and movie-inspired characters from the Marvel Universe, including Captain America, Iron Man, Thor, Spider-Man, the Avengers, and more, to build a Marvel Legends figure collection worthy of recognition. (Additional figures each sold separately. Subject to availability).