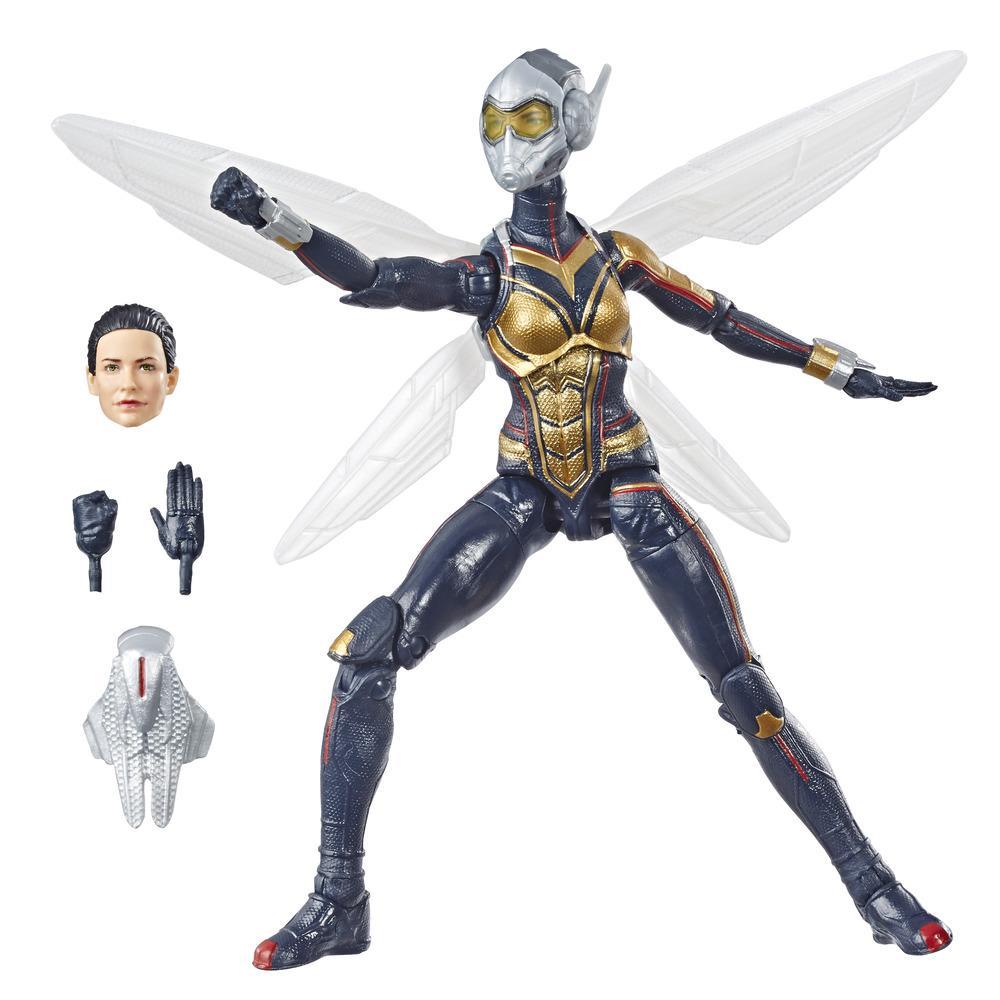 Hope van Dyne gears up with signature stingers and high-tech wings as the buzzworthy hero, Wasp.

• 6-INCH SCALE MARVEL’S WASP FIGURE – With a winged, Pym-powered suit and armed with bio-electric stingers, Hope van Dyne becomes the Wasp to battle on the side of justice. Imagine the winged Avenger fighting villains alongside Ant-Man in the same universe as Captain America, Iron Man, Thor, Spider-Man, Hulk, and the other Avengers with this 6-inch scale Marvel’s Wasp figure, inspired by the Ant-Man and the Wasp movie.

• MOVIE-BASED CHARACTER-INSPIRED ACCESSORIES – This Marvel Legends Series action figure includes Ant-Man and the Wasp-inspired wing backpack, alternate head, and alternate hands accessories that make a great addition to any Marvel Legends Series collection. Kids and fans alike can appreciate the shrinking winged hero and imagine the action-packed scenes of the Marvel Universe and Ant-Man and the Wasp with this premium Marvel’s Wasp figure, inspired by the character from the Marvel Cinematic Universe.

• BUILD THANOS! - Collect figures in this Thanos Legends Series Build-a-Figure collection to assemble the enemy of the Avengers from Avengers: Infinity War! This Marvel’s Wasp figure comes with the torso part of the Thanos Build-a-Figure. Additional figures each sold separately. Subject to availability.

• MARVEL UNIVERSE IN 6-INCH SCALE - Look for other Marvel Legends Series figures (each sold separately) with comic- and movie-inspired characters from the Marvel Universe, including Captain America, Iron Man, Thor, Spider-Man, the Avengers, and more, to build a Marvel Legends figure collection worthy of recognition. (Additional figures each sold separately. Subject to availability).