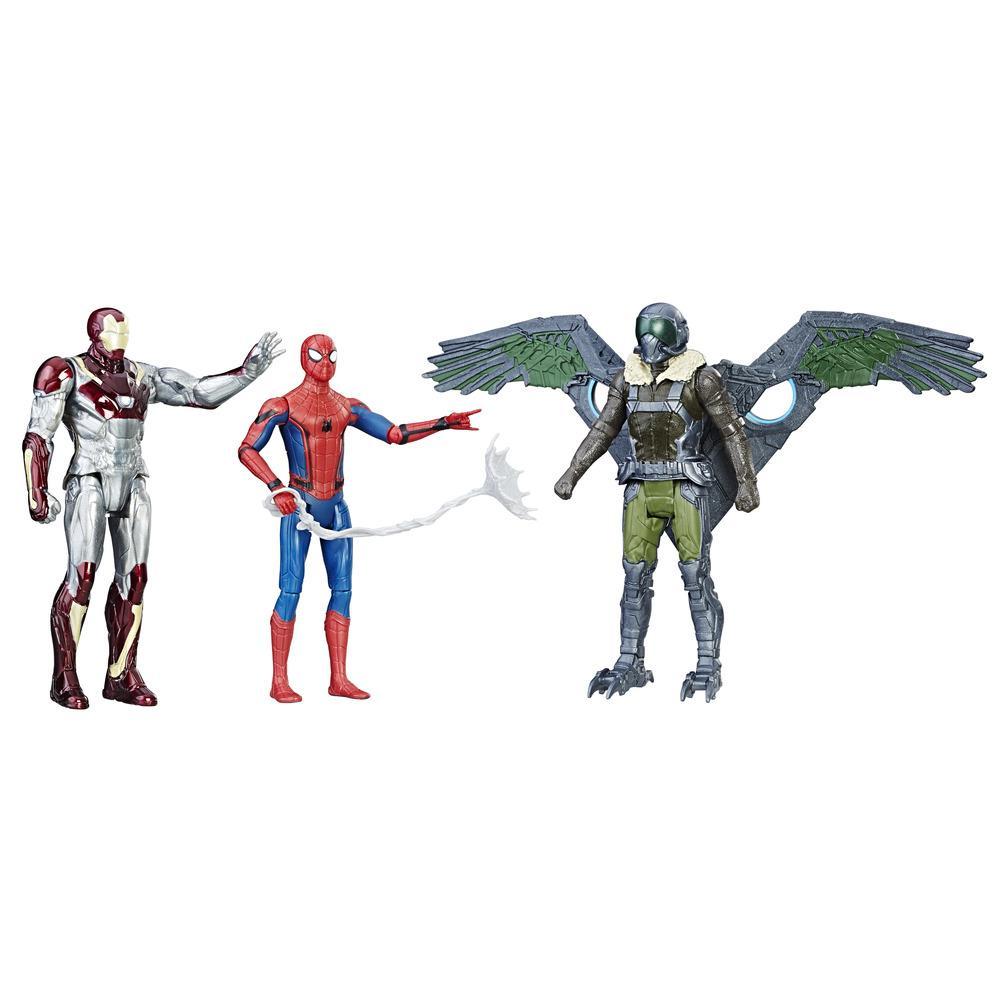 The web-slinging powers of Spider-Man. The advanced technology of Stark Industries. When Spider-Man and Iron Man face off against Vulture, they utilize some tech upgrades that the winged menace will never see coming.

Imagine Spider-Man and Iron Man teaming up against Vulture with this Spider-Man: Homecoming 6-inch figure 3-pack! This pack includes a wing set accessory, so kids can gear up their Marvel’s Vulture figure and imagine sending him flying into action against the web-slinging, wall-crawler and the tech-powered awesomeness of Iron Man!