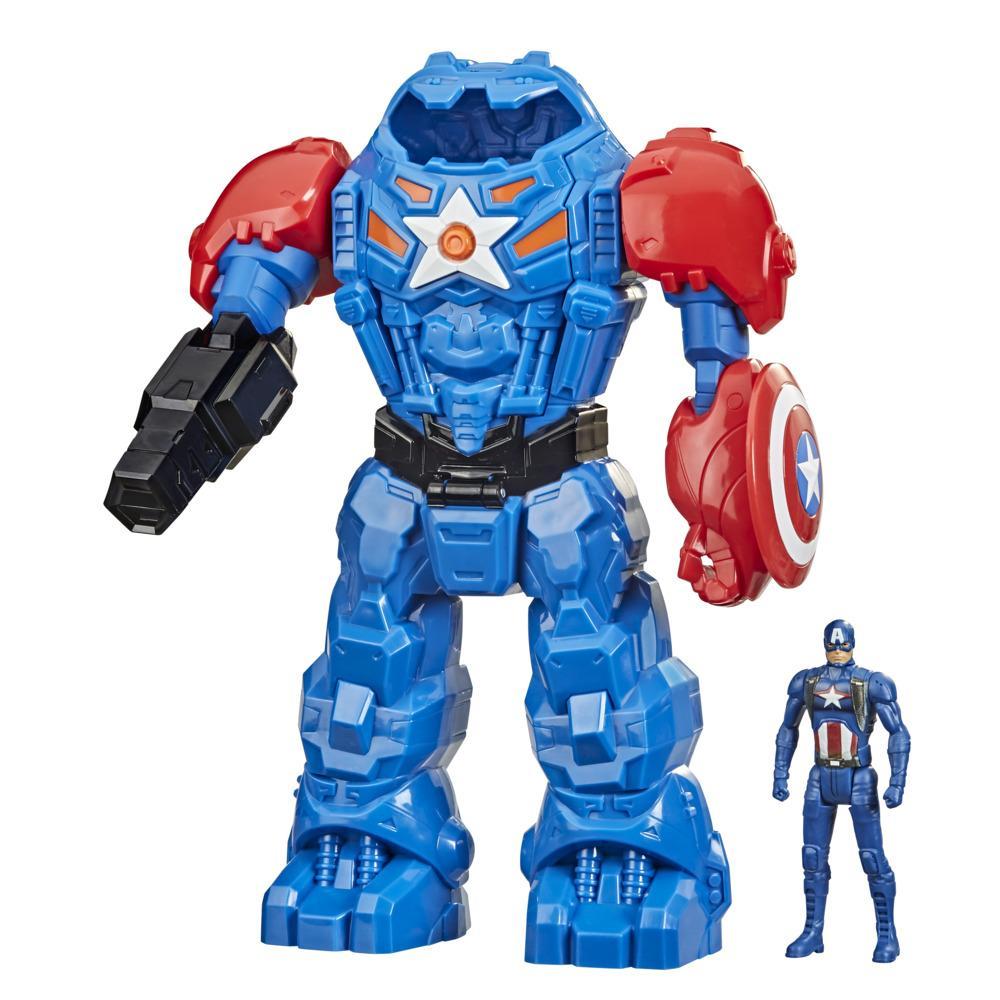 Captain America suits up in high-tech armor to defeat evil!

With Marvel, anyone can imagine battling alongside their favorite heroes and defending the world against evil villains. With countless characters across a more than 80-year history, Marvel lets kids and fans alike imagine using their powers for good among the ranks of classic Marvel heroes and villains.

Avengers assemble! Marvel Armor Suit action figures are ready for big mechanical action! Get in on the armored fun with the Marvel Heroes in their 12-inch machine suits. Figures are inspired by a different character from the Marvel universe.

UNIQUE DESIGN INSPIRED BY THE MARVEL UNIVERSE: This robotic-suit Captain America is a 2-in-1 action toy; its design is based on the classic Super Heroes from Marvel
INCLUDES 10-INCH AVENGERS HEROES ARMOR SUIT AND 3.75-INCH FIGURE: This 10-inch mechanized armor suit with a smaller Captain America figure inside is the perfect way for kids to imagine adventures with the Avengers! Kids can create epic battles between their favorite armored hero and imaginary intergalactic enemies!
MECHANIZED MARVEL ACTION: These super heroes are nearly unconquerable in their robotic suits. Pull down the suit’s chest piece and the Captain America figure fits into the battle-ready armor! When villains threaten the world, our hero can quickly jump in and suit up, ready for the next mission!
LOOK FOR OTHER AVENGERS SUPER HERO TOYS: Be on the lookout for other Marvel action figures and gear to imagine the brave heroes defending the world from the evil villains! (Each sold separately. Subject to availability.)