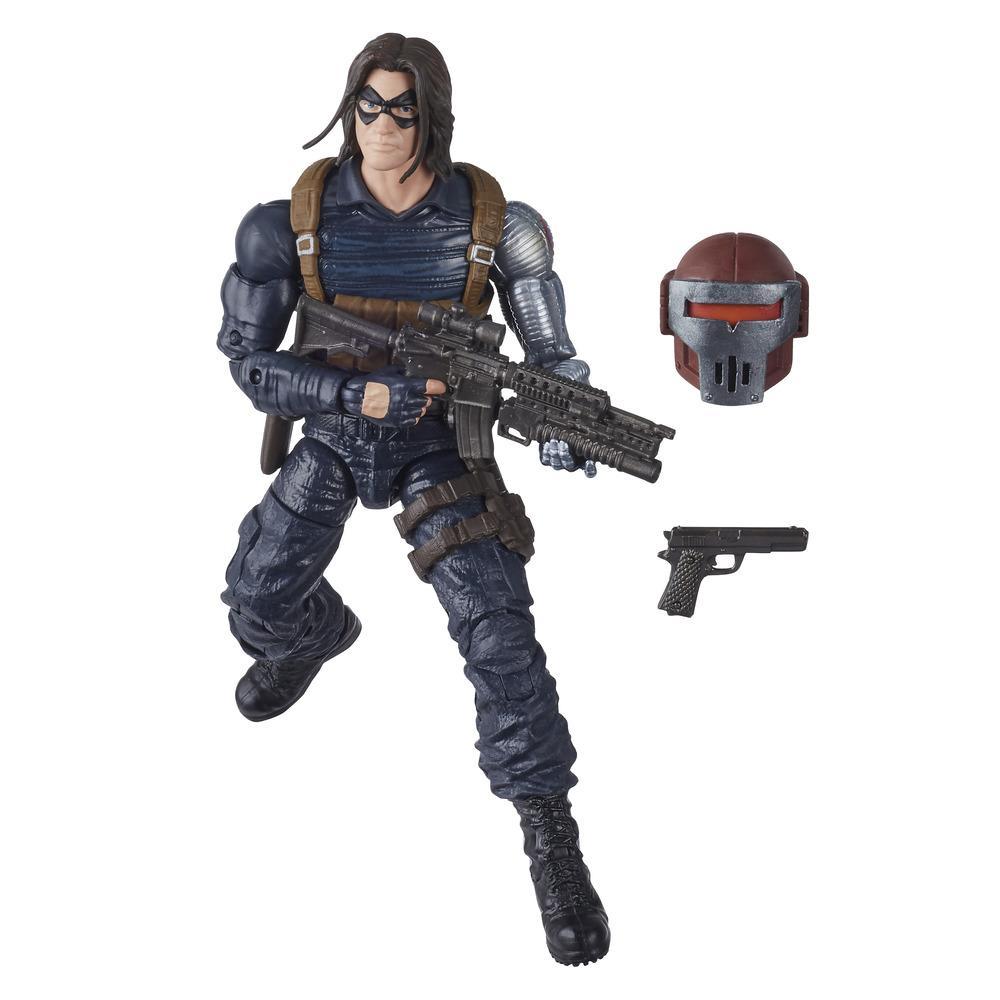 Winter Soldier is a fierce combatant and an asset in battle, no matter which team he fights for.
With over 80 years of comic book history, Marvel has become a cornerstone of fan collections around the world. With the Marvel Legends Series, fan favorite Marvel Comic Universe and Marvel Cinematic Universe characters are designed with premium detail and articulation for poseable and displayable collectibles. From figures to vehicles to premium roleplay items, the Marvel Legends Series offers elite character-inspired product for Marvel fans and collectors. Additional figures each sold separately. Subject to availability.

MARVEL COMIC-INSPIRED DESIGN: Winter Soldier figure with premium design, detail, and articulation for high poseability and display in a Marvel collection. Inspired by the Marvel comics.

• Includes: figure and 2 Accessories and Build-A-Figure part.
• Figure scale: 6 inches
• Ages 4 and up.
• WARNING: CHOKING HAZARD – Small parts. Not for children under 3 years.