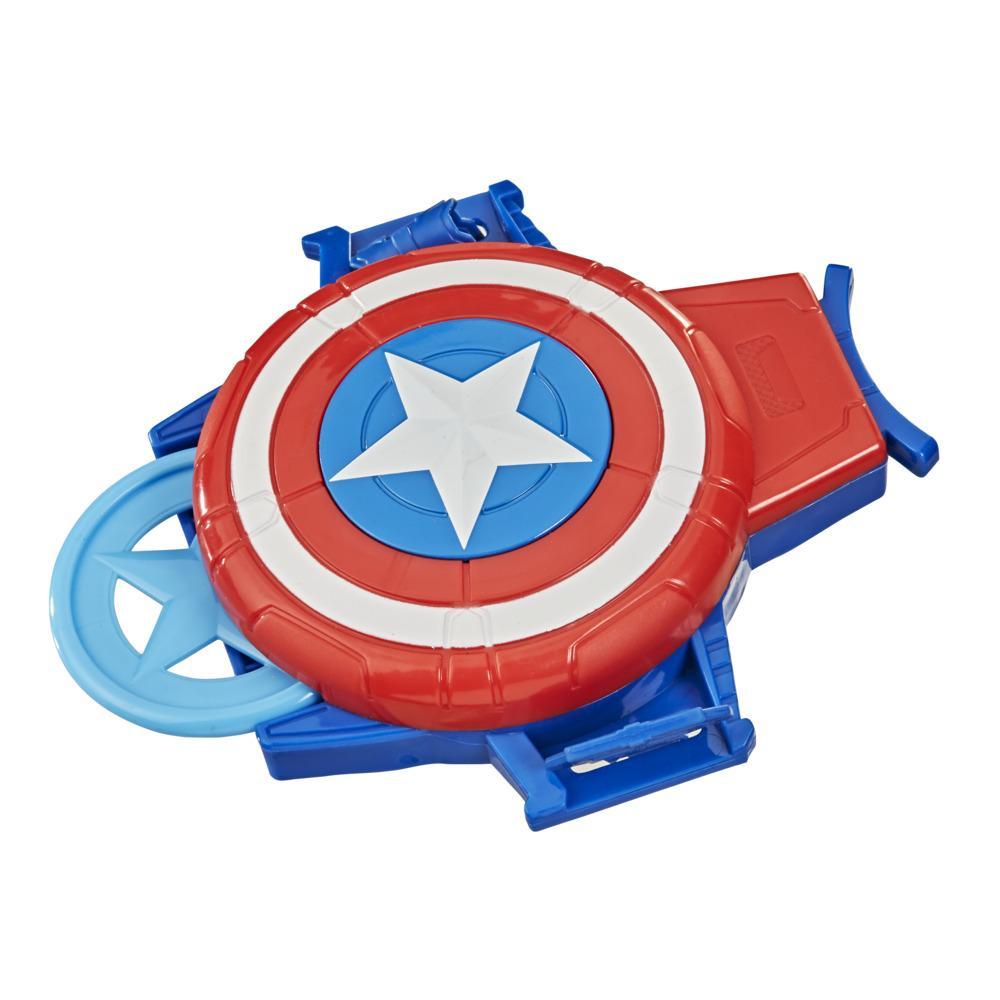 Warning:
CAUTION: Do not swing or jab at people or animals. Use away from breakable objects.
WARNING: CHOKING HAZARD: Small parts may be generated. Not for children under 3 years.

• MARVEL CAPTAIN AMERICA MOVIE-INSPIRED SHIELD: Captain America Shield Disc Blaster is inspired by the Marvel Cinematic Universe that includes Avengers: Infinity War and Avengers: Endgame movies.
• MARVEL ROLE-PLAY FOR KIDS: With this Captain America Shield Disc Blaster, kids ages 5 and up can join the exciting Marvel role-play action and adventure enjoyed by fans and collectors! Boys and girls can wear the disc blaster on their hands and imagine themselves saving the world! Press the button and a disc pops out for battle action that can be repeated again and again!
• WEAR A SHIELD LIKE CAPTAIN AMERICA’S: Heroes-in-training can wear the star of the First Avenger, too! The disc blaster is a Captain America shield worn on the hand for blasting discs at imaginary villains like Thanos from the Marvel Universe.
• LOOK FOR OTHER MARVEL SUPER HERO GEAR: Also look for the Captain America toy mask to imagine suiting up like the First Avenger! Be on the lookout for other Marvel gear and imagine forming a team of Super Heroes with friends! Additional products each sold separately. Subject to availability.

• Includes: blaster and disc.
• Ages 5 and up
• CAUTION: Do not swing, poke or jab at people or animals.
• WARNING: CHOKING HAZARD – Small parts may be generated. Not for children under 3 years.