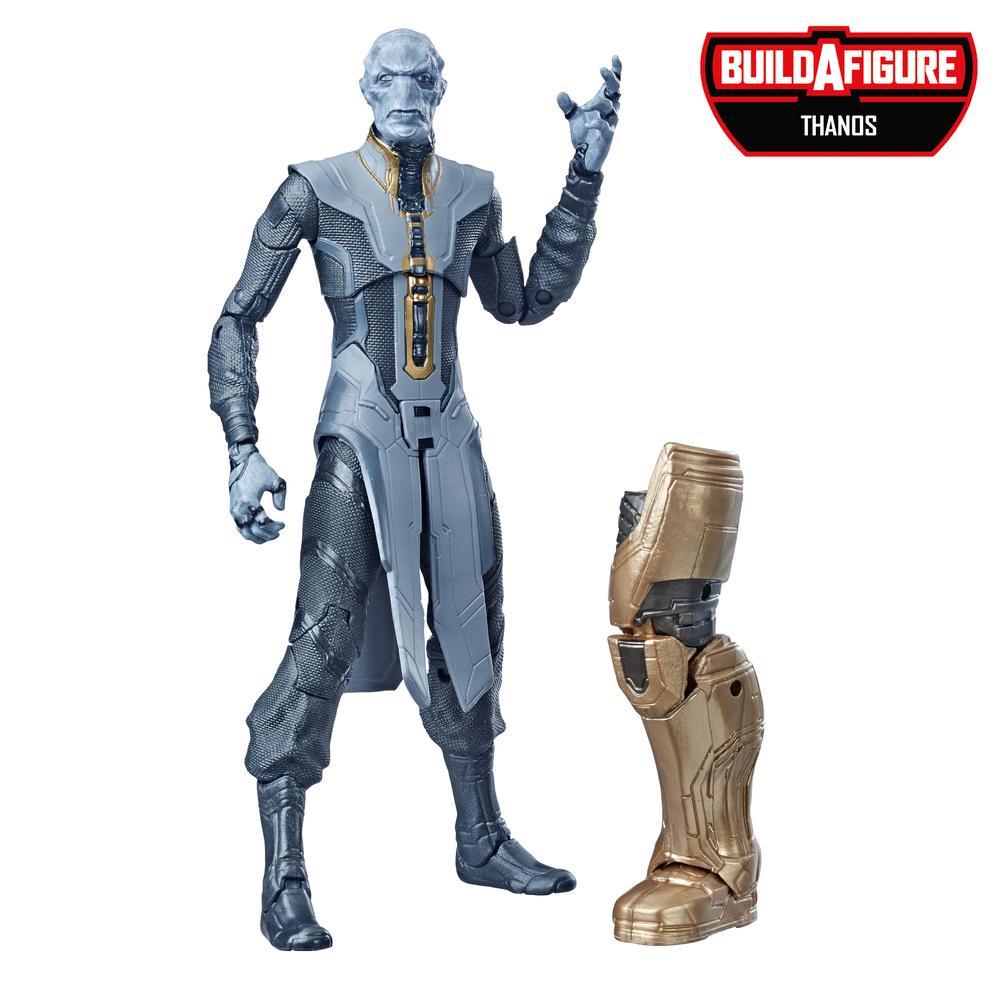 The dangerous Ebony Maw puts his powers of persuasion to sinister use in service of the evil Thanos.

" Includes: figure and Build-a-Figure part.
" 6-INCH SCALE COLLECTIBLE EBONY MAW FIGURE  An alien strategist who thinks first and moves second, Ebony Maw is a sinister villain who is not to be taken lightly. Imagine the member of the Black Order battling against Iron Man, Doctor Strange, Spider-Man, and the other Avengers with this 6-inch scale Ebony Maw figure.
" MARVEL MOVIE-INSPIRED DESIGN  Fans and collectors can recreate the action-packed scenes of the Marvel Universe and Avengers: Endgame with this premium Ebony Maw figure, inspired by the Avengers: Endgame movie, which is part of the Marvel Cinematic Universe that includes Avengers: Infinity War.
" PREMIUM ARTICULATION AND DETAILING  Featuring multiple points of articulation for high poseability, fans and collectors can display the Marvel Avengers Legends Series Ebony Maw figure in their action figure and vehicle collection to recreate scenes from Marvel entertainment and comics.
" BUILD A FIGURE - Collect figures in this Marvel Legends Series Build A Figure collection to assemble an impressive Build A Figure! Additional figures each sold separately. Subject to availability.
" MARVEL UNIVERSE IN 6-INCH SCALE - Look for other Marvel Legends Series figures (each sold separately) with comic- and movie-inspired characters from the Marvel Universe, including Captain America, Thor, Iron Man, Spider-Man, the Avengers, and more, to build a Marvel Legends figure collection worthy of recognition. (Additional figures each sold separately. Subject to availability).
" Figure scale: 6-inch
" Ages 4 and up
" WARNING: CHOKING HAZARD  Small parts may be generated. Not for children under 3 years.