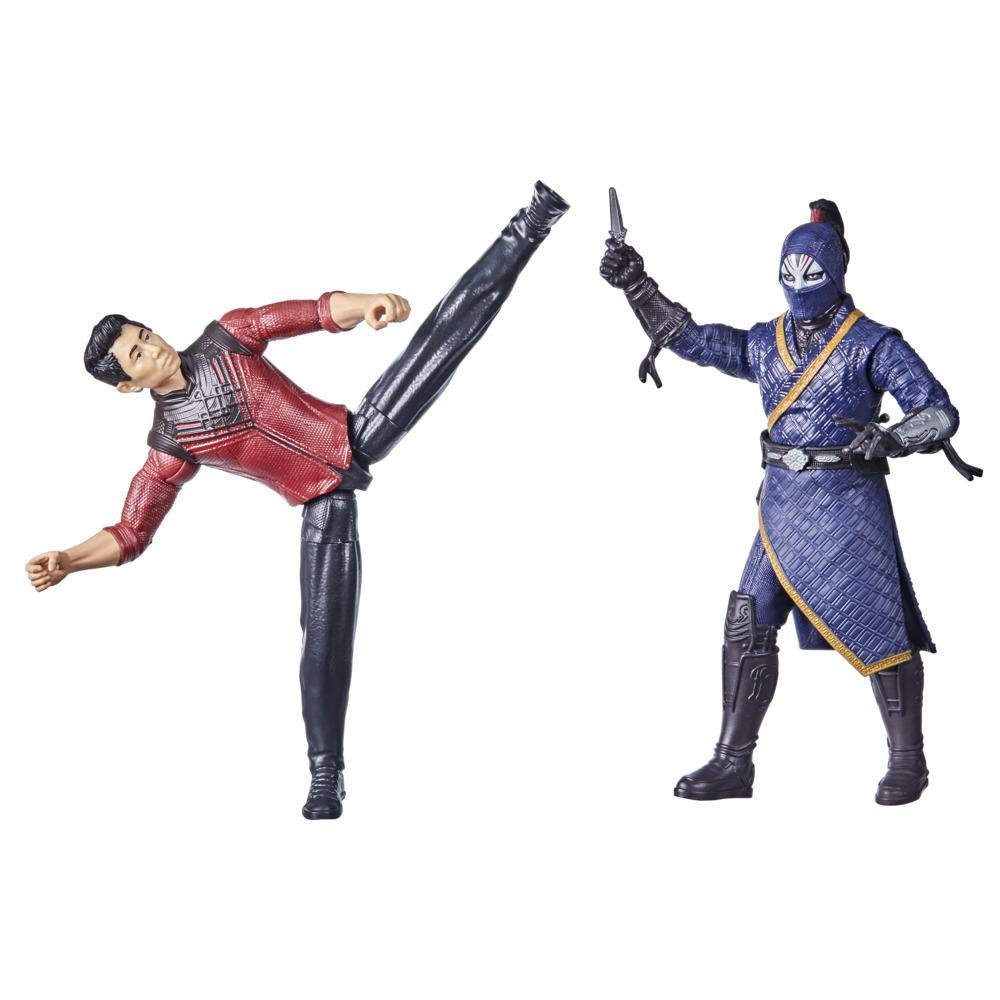 Shang-Chi has been trained in the martial arts since childhood, but can he defeat the powerful Death Dealer? Join Shang-Chi as he fights formidable foes! Trained since childhood in the martial arts, Shang-Chi is a skilled fighter. When he is drawn back into his father’s web, he’s forced to confront the past he thought he left behind. Kids can imagine their own adventure to claim their destiny with these figures inspired by the movie Shang-Chi And The Legend Of The Ten Rings, part of the Marvel Cinematic Universe. © 2021 MARVEL © 2021 HASBRO Hasbro and all related terms are trademarks of Hasbro.

•DUELING FIGURES: Shang-Chi fights against Death Dealer with a powerful roundhouse kick, inspired by the Marvel Studios movie Shang-Chi And The Legend Of The Ten Rings!
•MARTIAL ARTS MOVE: Shang-Chi’s kicks are quick! It’s easy to play with: grab leg; twist torso, press button, and strike! The nemesis is floored by the classic martial arts move, the roundhouse kick!
•REPEAT THE FUN: Kids can imagine the fallen enemy recovers from the blow and stands up, and Shang-Chi strikes with roundhouse kicks again and again for loads of repeatable, action-packed fun!
•MARVEL CINEMATIC UNIVERSE: Look for other Hasbro Marvel figures (each sold separately) with movie-inspired characters, including Wenwu, Xialing, and The Great Protector dragon from the movie Shang-Chi And The Legend Of The Ten Rings. (Additional figures each sold separately. Subject to availability.)

•Ages 4 and up.
•WARNING: CHOKING HAZARD – Small parts. Not for children under 3 years.
•Includes: figures.