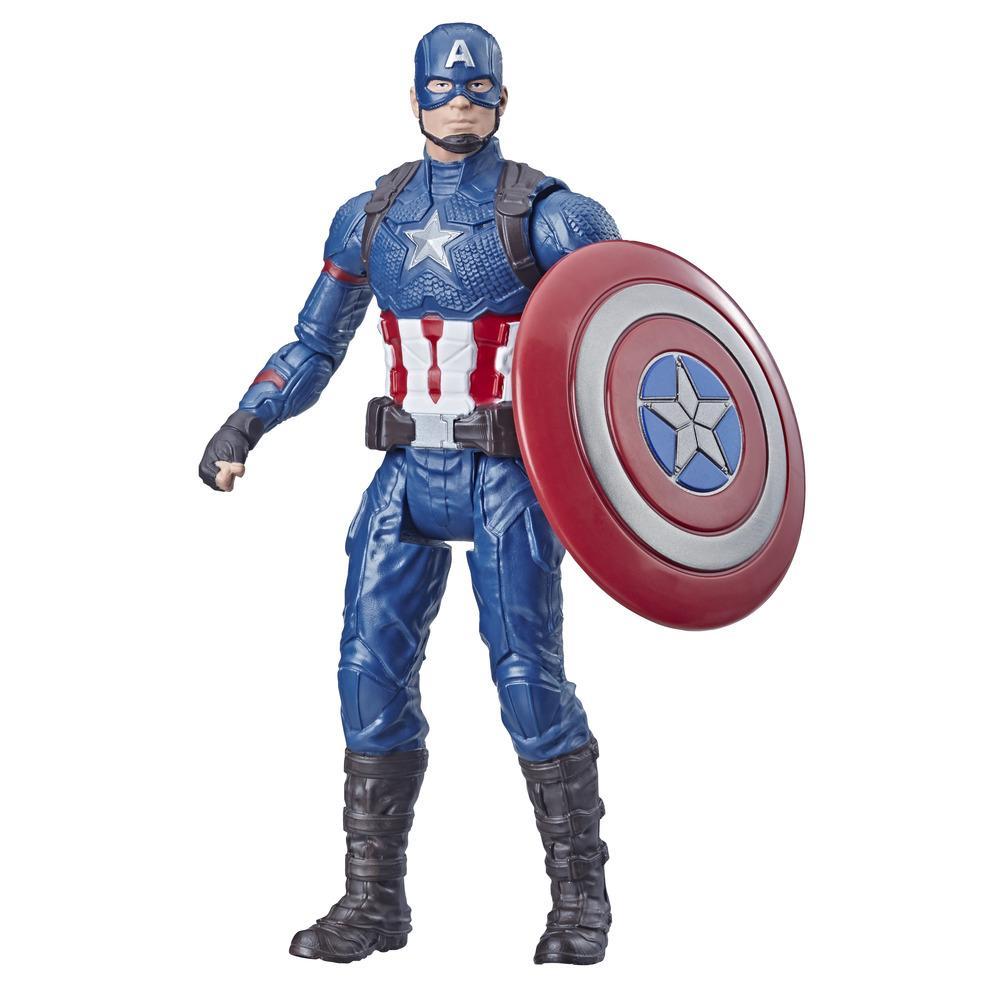 The First Avenger, Steve Rogers stands ready when the world needs him.

• Includes: figure and accessory.
• 6-INCH SCALE CAPTAIN AMERICA FIGURE – Imagine Steve Rogers suiting up for battle as the patriotic Avenger with this 6-inch-scale Captain America figure, inspired by the Avengers movies.
• MOVIE-BASED, CHARACTER-INSPIRED ACCESSORY – This Marvel action figure includes a Captain America-inspired shield accessory that makes a great addition to any Marvel figure and vehicle collection.
• MARVEL MOVIE-INSPIRED DESIGN – Fans can imagine action-packed scenes with this Captain America figure, inspired by the Avengers movies from the Marvel Cinematic Universe.
• ARTICULATION AND DETAILING – Marvel fans can imagine the Avengers entertainment excitement with this poseable Captain America figure, featuring articulated arms and head and movie-inspired deco.
• COLLECT A MARVEL UNIVERSE – Look for other Marvel toys and figures (each sold separately, subject to availability) to build a Marvel universe, inspired by the Marvel comics, movies, and entertainment.
• Figure scale: 6 inches
• Ages 4 and up
• WARNING: CHOKING HAZARD - Small parts. Not for children under 3 years.