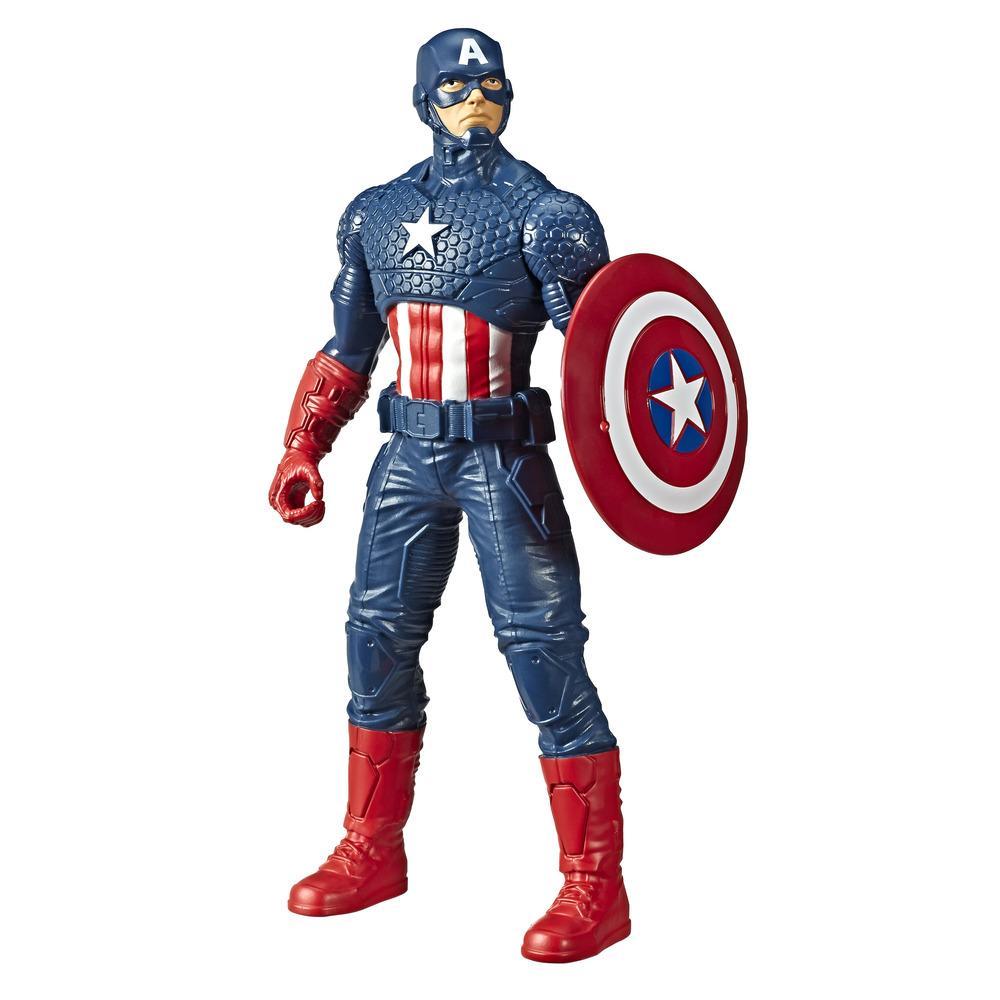 Collect Iron Man, Thor, Spider-Man, Hulk, Black Panther, and more (Each sold separately. Subject to availability.)! With Marvel, anyone can imagine battling alongside their favorite heroes and defending the world against evil villains. With countless characters across a more than 80-year history, Marvel lets kids and fans alike imagine using their powers for good among the ranks of classic Marvel heroes and villains.

The First Avenger, Steve Rogers stands ready to protect the universe from those who would destroy it.

• CLASSIC MARVEL FIGURE DESIGN: Inspired by the Super Heroes of the Marvel Universe, in a 9.5-inch scale! Figure also includes iconic shield accessory.
• CAPTAIN AMERICA, THE FIRST AVENGER: Steve Rogers charges into battle, armed with his iconic shield. Kids can imagine the Marvel Super Hero Captain America leaping into action with this 9.5-inch scale figure.
• FROM THE MARVEL UNIVERSE: The 80-year history of Marvel is filled with action, adventure, colorful characters like Black Panther, Iron Man, Spider-Man, and more!
• MULTIPLE POINTS OF ARTICULATION: Imagine the action and adventure of the Marvel Universe with these poseable action figures, featuring classic design.
• THE MARVEL UNIVERSE OF TOYS AND FIGURES: Look for other 9.5-inch scale figures (Each sold separately.) to imagine more Marvel adventures!