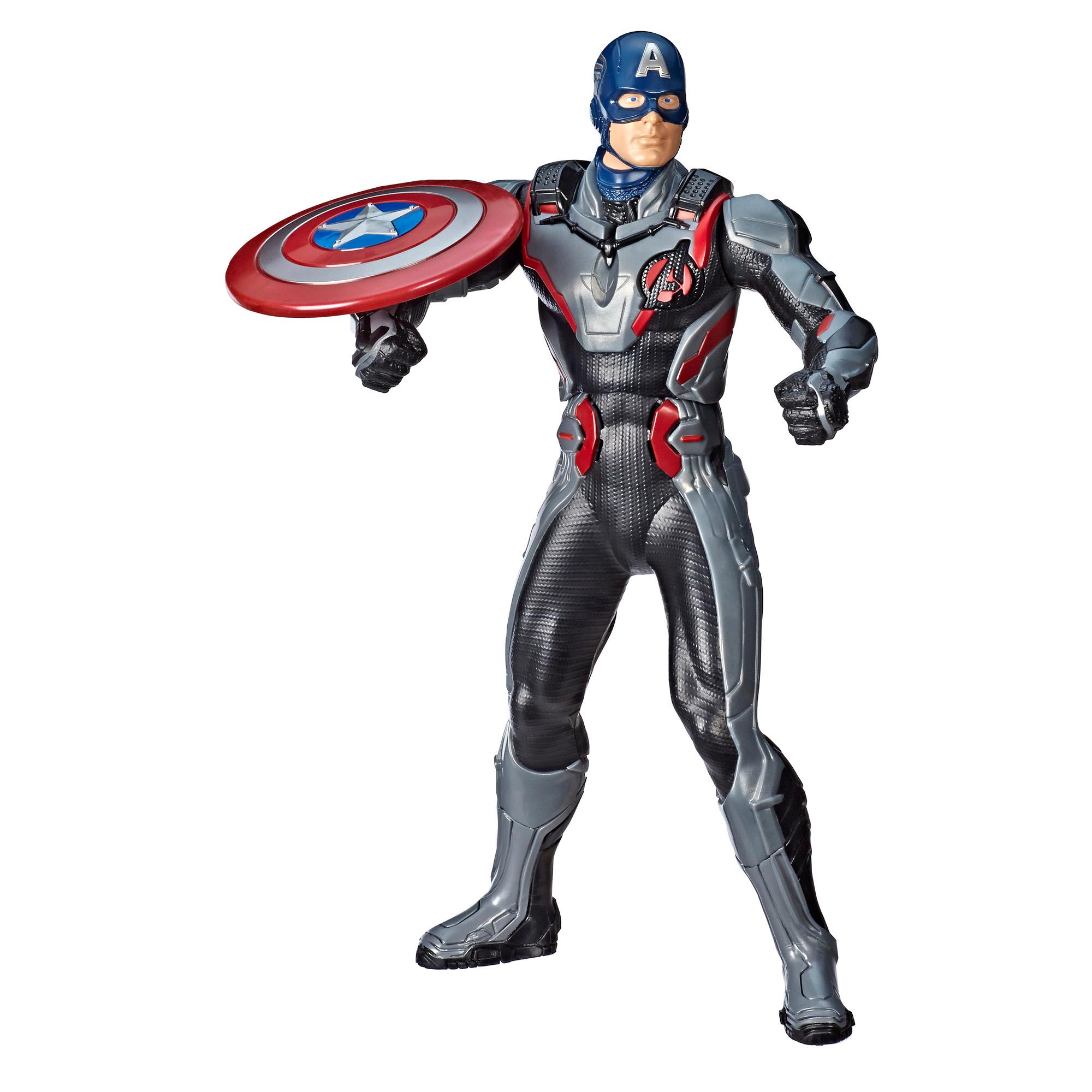 CAUTION: Do NOT aim at eyes or face.
TO AVOID INJURY: Use only projectiles designed for this product. Do not modify projectiles or projectile launcher.

This 13-inch-scale Shield Blast Captain America action figure features 20+ sound effects and phrases from the Avengers: Endgame movie, part of the Marvel Cinematic Universe. Fans and kids can activate the shield blast feature and imagine the star-spangled Super Hero battling for the future of the galaxy alongside the other Avengers.


" Includes: figure, accessory, and instructions.
" 13-INCH SCALE CAPTAIN AMERICA FIGURE  Imagine Steve Rogers suiting up as Captain America and battling for justice alongside fellow Avengers with this high quality 13-inch-scale Captain America figure.
" MARVEL MOVIE-INSPIRED DESIGN  Fans and collectors can imagine the action-packed scenes of the Marvel universe with this premium Captain America figure, inspired by the Avengers: Endgame movie.
" TWIST AND LAUNCH FEATURE  Avengers, assemble! Pull back and release arm to launch shield and activate sound effects! This Captain America figure features 20+ sounds and phrases. (Chest and above articulated; legs do not move.)
" PREMIUM DETAILING  Marvel fans and collectors can appreciate this Marvel Avengers: Endgame Shield Blast Captain America figure, featuring premium deco inspired by the Avengers movie.
" LOOK FOR OTHER MARVEL AVENGERS TOYS - Be on the lookout for other Marvel Avenger figures and gear to imagine forming a team of Avengers! Additional products each sold separately. Subject to availability.
" Figure scale: 13 inches
" Ages 4 and up
" CAUTION: Do not aim at eyes or face. TO AVOID INJURY: Use only projectile designed for this product. Do not modify projectile or projectile launcher.
" x1 1.5V AA ALKALINE BATTERY REQUIRED. DEMO BATTERY INCLUDED. SEE INSTRUCTIONS.