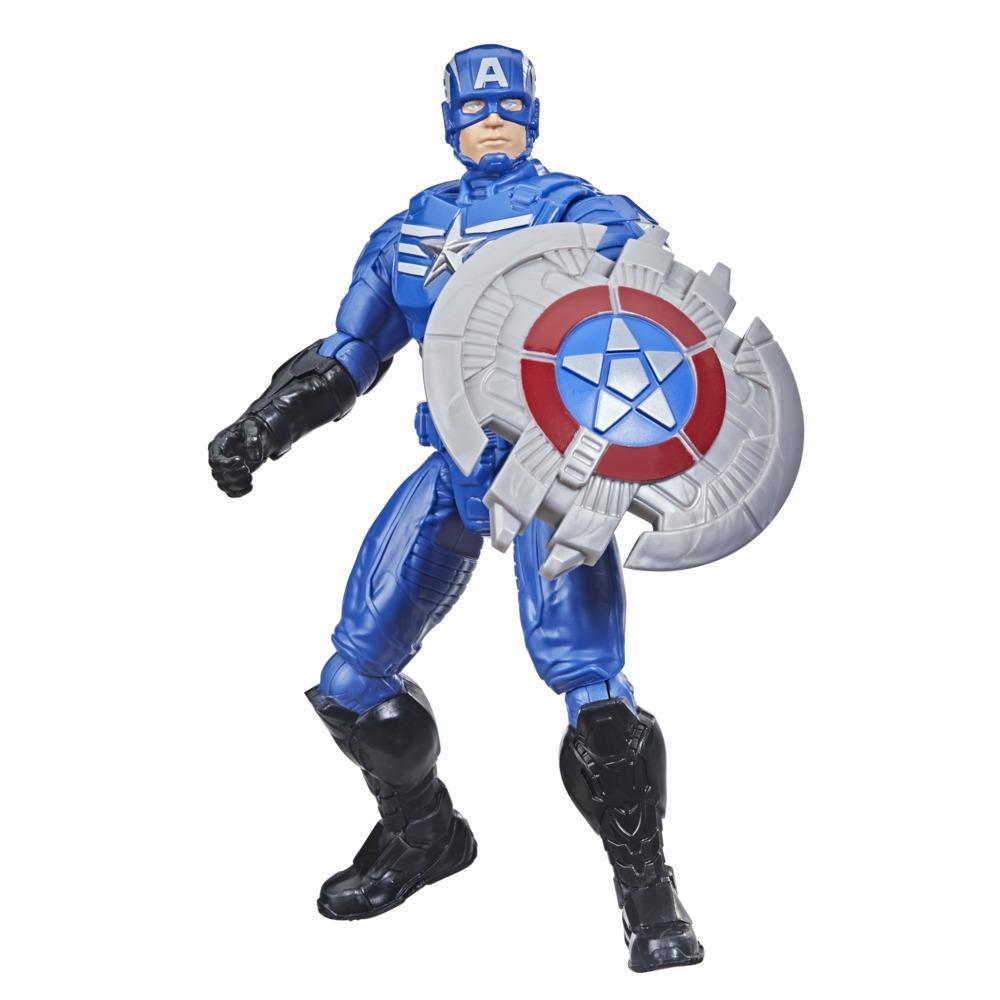 Powerful Mech Strike Armor protects Captain America in his quest defend the universe! Mechs assemble! In the face of an overwhelming threat, Earth’s Mightiest Heroes have assembled a powerful new set of tools! These incredible Mech Suits are the planet’s best hope against seemingly insurmountable odds! Get in on the armored fun with Avengers Mech Strike figures and gear. Each Mech Strike toy is inspired by a different character from the Marvel universe. The Marvel Cinematic Universe features heroes like Hulk, Iron Man, Captain America, Black Panther, and Black Widow. With Avengers-inspired toys fans and collectors can imagine their favorite characters fighting in epic battles to protect the universe. Team Mech Strike awaits young Marvel super heroes-in-training to activate Mech Strike -- and their imaginations! Copyright 2021 MARVEL. Hasbro and all related terms are trademarks of Hasbro.

•MECH STRIKE! The Avengers super heroes need the latest powerful weapons to defend against intergalactic attackers. This Captain America figure’s weapon is engineered by the Avengers’ most brilliant minds!
•MECH STRIKE DEPLOY! When threats face the world, kids can imagine they are going to Mech Up with the Avengers with weapons compatible with all comers! Will these enhanced Mech Strike tools be enough to save the day?
•SWAP WEAPONS! This Captain America figure comes with a cool Mech Strike weapon that kids can attach to other Mech Strike Avengers for a high-tech battle royale! Sold separately. Subject to availability.
•COLLECT MORE AVENGERS TOYS: Look out for more Marvel Avengers figures and gear that make great gifts for boys and girls, including Hulk, Black Panther, and Iron Man figures! Sold separately. Subject to availability.