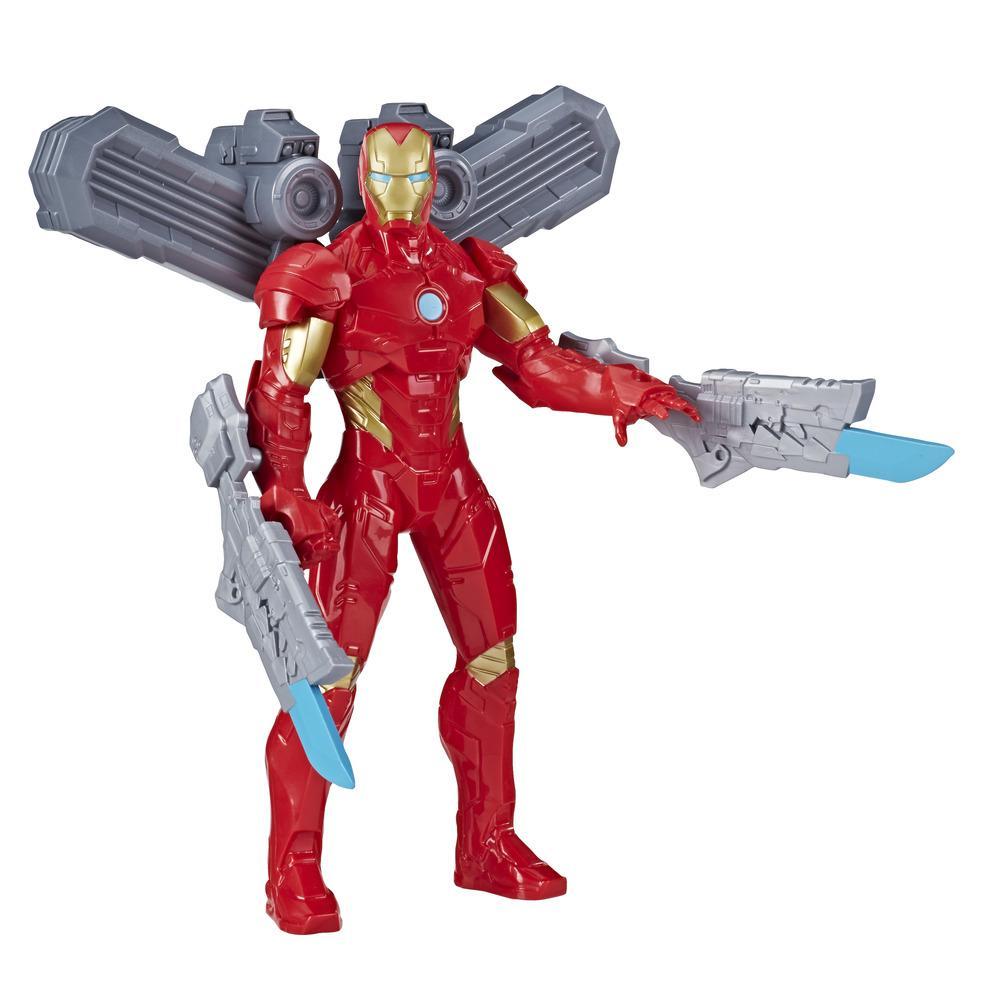 Collect Captain America, Thor, Spider-Man, Hulk, Black Panther, and more! With Marvel, anyone can imagine adventures with their favorite heroes and defending the world from villains. With countless characters across a more than 80-year history, Marvel lets kids and fans alike imagine using their powers for good among the ranks of classic Marvel heroes and villains.

• CLASSIC MARVEL FIGURE DESIGN WITH ACCESSORIES: Inspired by the Super Heroes of the Marvel Universe, in a 9.5-inch scale for the first time! Figure includes 3 accessories: Arc Booster (mounts on back) and 2 Arc Swords (mount on each arm).
• IRON MAN, HEROIC AVENGER IN 9.5-INCH SCALE: Tony Stark flies into battle, suited up in his iconic high-tech armor. Kids can imagine the Marvel Super Hero Iron Man flying into action with this 9.5-inch scale figure.
• FROM THE MARVEL UNIVERSE: The 80-year history of Marvel is filled with action, adventure, colorful characters like Black Panther, Captain America, Spider-Man, Captain Marvel, and more!
• MULTIPLE POINTS OF ARTICULATION: Imagine the action and adventure of the Marvel Universe with these poseable action figures, featuring classic design.
• THE MARVEL UNIVERSE OF TOYS AND FIGURES: Look for other 9.5-inch scale figures (Each sold separately.) to imagine more Marvel adventures!