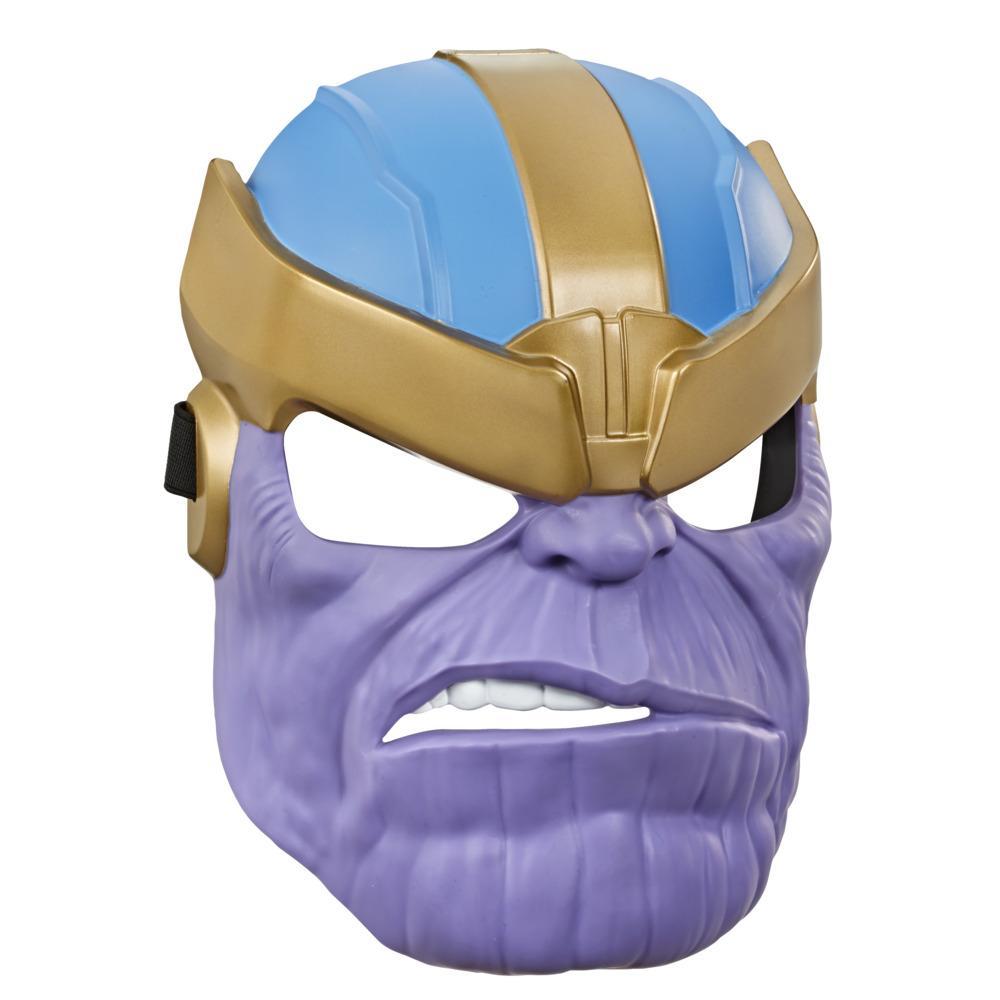 Universe beware! As the Thanos, battles the Avengers for the Infinity Gauntlet and control of the entire universe.

Kids can imagine suiting up like the evil Titan with this Thanos mask inspired by the Avengers Endgame movie, part of the Marvel Cinematic Universe that includes Avengers: Infinity War. Mask includes a flexible band to fit most ordinary mortals. Superpowers not included.

© 2019 MARVEL.
Hasbro and all related terms are trademarks of Hasbro.

• of the Marvel Cinematic Universe that includes Avengers: Infinity War and Captain America: Civil War. Featuring movie-inspired design, fans will be eager to get their claws on this roleplay mask!
• FITS MOST ORDINARY MORTALS – With an adjustable band, this Thanos roleplay mask fits most ordinary mortals.
• IMAGINE BECOMING THANOS – Imagine the Terrible Titan by suiting up as the Thanos and battling the Avengers for the future of the universe! Villains-in-training can wear this mask and imagine suiting up as Thanos.
• LOOK FOR OTHER MARVEL SUPER HERO GEAR – Look for other Avengers toys to imagine other adventures throughout the universe. Be on the lookout for other Marvel gear and imagine forming a team of Super Heroes with friends! Additional products each sold separately. Subject to availability.

• Ages 5 and up
• WARNING: CHOKING HAZARD - Small parts may be generated. Not for children under 3 years.