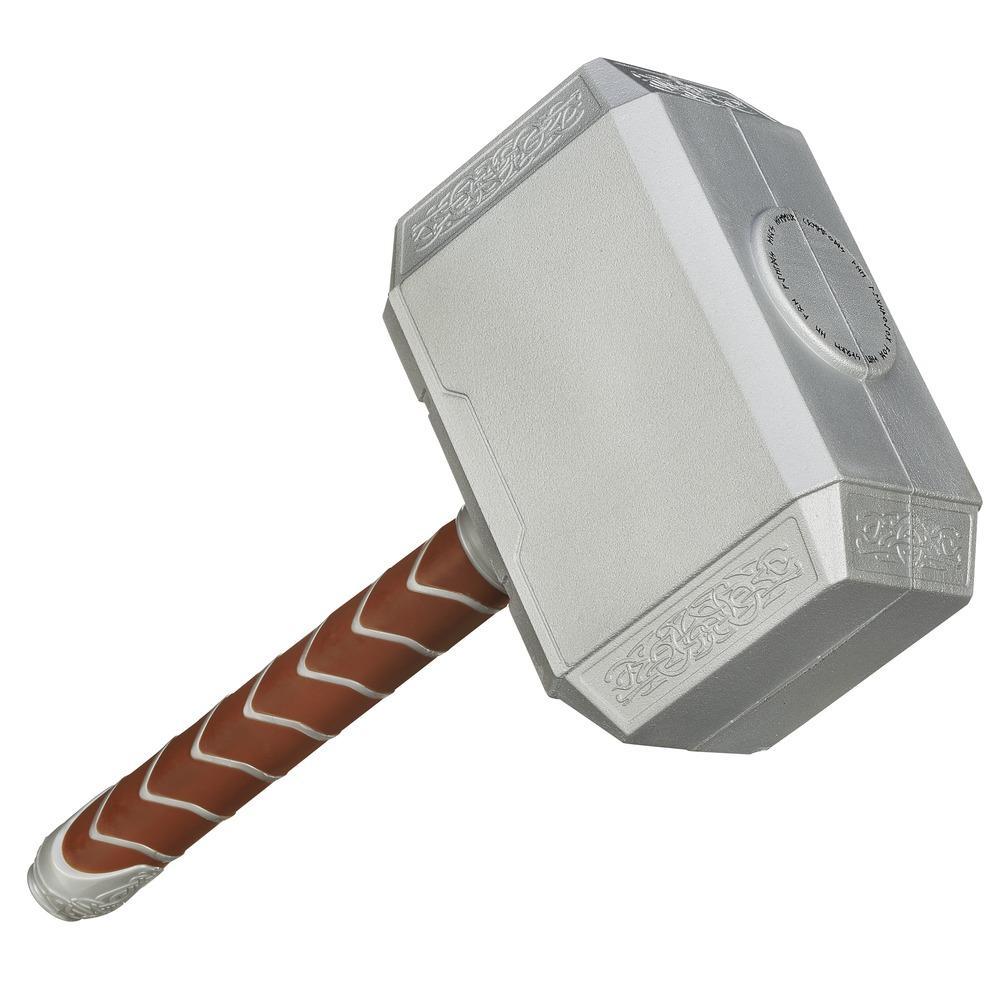 Thor lifts his mighty hammer and commands the power of lightning! Imagine the battle against Hela for the future of Asgard with the power of Thor's hammer!


Only the worthy are able to wield the power of Mjolnir. Imagine wielding the power of the Asgardian god, Thor, with this foam Thor Battle Hammer, created with Nerf technology. Designed to look like Thors signature Mjolnir hammer and inspired by the Thor: Ragnarok movie, part of the Marvel Cinematic Universe that includes Avengers: Infinity War, the Marvel Thor Battle Hammer lets kids imagine lifting Thors powerful hammer to command the power of lightning and protect the universe from forces of evil.


Copyright 2018 MARVEL.
Hasbro and all related terms are trademarks of Hasbro.

" ASGARDIAN DETAILS  Designed to look like Thors mighty Mjolnir hammer, this battle hammer head features Asgardian runes on top and textured detailing on the handle. A design worthy of Odin himself.

" FOAM HAMMER  Soft hammer, hard handle. Created with Nerf technology, this replica of Mjolnir features a soft foam hammer head. The handle is made out of hard plastic and textured for a secure grip. No one wants Thor to drop his mighty hammer. Note to aspiring Asgardian heroes: do not hit or swing at people, animals, or breakable objects  the road to being worthy is paved with self-control.

" WIELD HAMMER LIKE THOR  Imagine Thor grabbing his sturdy hammer in the battle for the future of Asgard! This foam Mjolnir replica is worthy of heroes-in-training. Kids can imagine wielding the god of thunders hammer in battle. Thunderclashes not included.

" LOOK FOR OTHER MARVEL SUPER HERO GEAR - Be on the lookout for other Marvel gear and imagine forming a team of Super Heroes with friends! Additional products each sold separately. Subject to availability.

" Ages 5 and up
" CAUTION: Do not hit or swing at people or animals. Use away from breakable objects. TO AVOID INJURY: Discontinue use if core is exposed.
" WARNING: CHOKING HAZARD  Small parts may be generated. Not for children under 3 years.