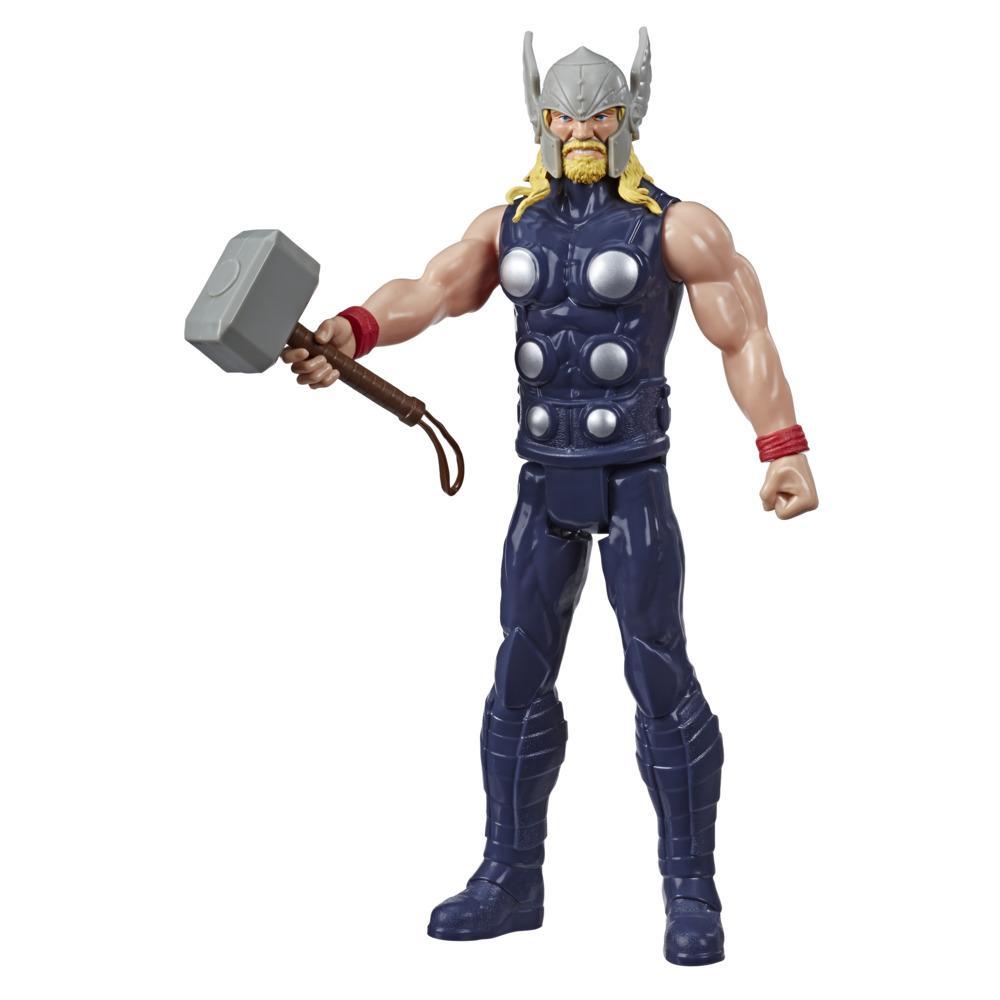 The mighty Thor uses his strength to protect Asgard and the realms beyond.

Imagine leaping into adventure with Avengers figures, vehicles, and roleplay items inspired by the Marvel Universe. With this classic inspired line of toys, kids can imagine the heroic action as Hulk, Iron Man, Captain America and the rest of the team faces off against Thanos, the greatest threat the universe has ever known. Products each sold separately. Subject to availability.

• 12-INCH SCALE THOR FIGURE: Imagine the mighty son of Odin leaping into battle with this 12-inch-scale Thor figure, inspired by the classic character design from the Marvel Universe.
• MARVEL UNIVERSE-INSPIRED DESIGN: Fans can imagine the mighty Avenger battling villains in a fight for the fate of the world with this Thor figure, inspired by the character from the Marvel Universe.
• COMPATIBLE WITH TITAN HERO BLAST GEAR LAUNCHERS (Not included. Sold separately with Titan Hero Blast Gear figures. Subject to availability.): Connect Blast Gear launcher (sold separately) to backport arm port on Titan Hero Series and Titan Hero Blast Gear figures (each sold separately) to launch projectiles with the push of a button.
• LOOK FOR OTHER AVENGERS SUPER HERO TOYS: Look out for other Avengers figures and gear to imagine brave heroes defending the world! Additional products each sold separately. Subject to availability.