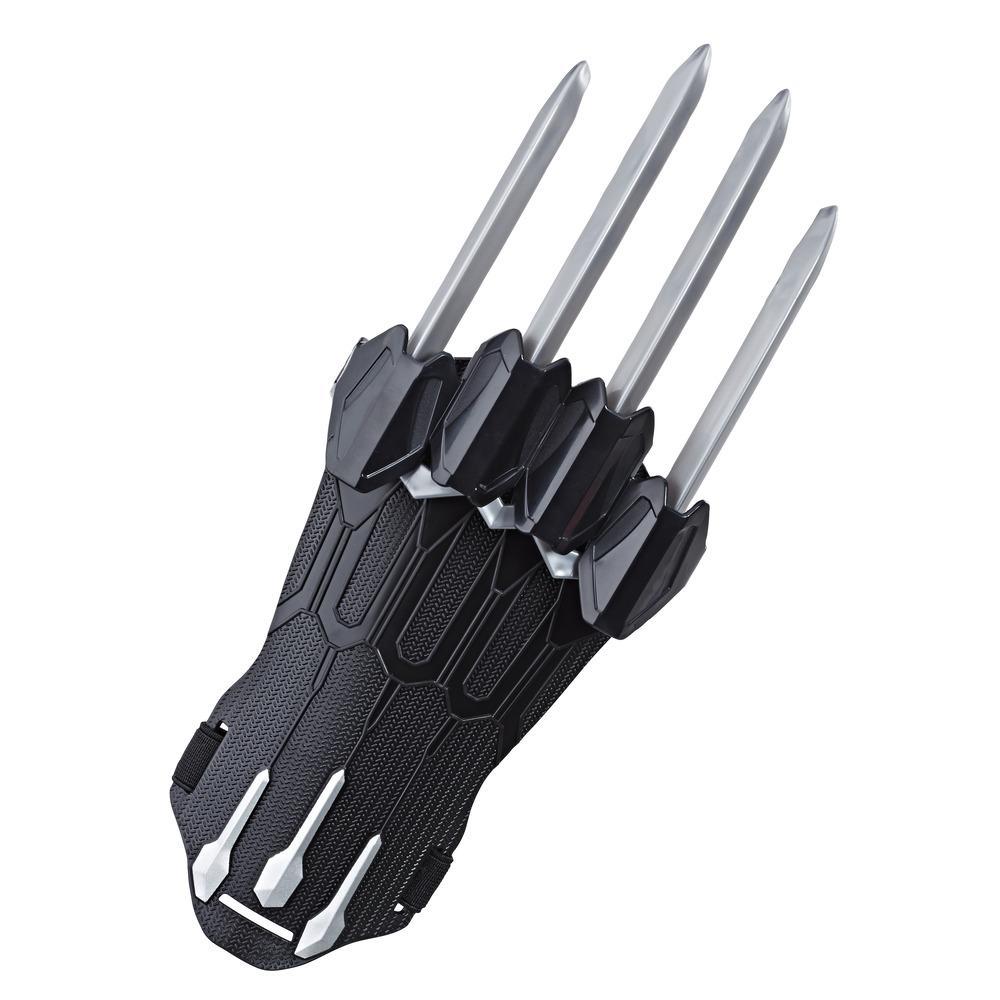 With his claws sharp and his eyes set on his target, Black Panther is ready to pounce!

Kids can imagine slashing into action like the Wakandan warrior hero with this Black Panther Slash Claw inspired by the Black Panther movie, part of the Marvel Cinematic Universe that includes Avengers: Infinity War. Featuring retractable claws that push in and extend out depending on movement, heroes-in-training can imagine pouncing on villains! Press claws into a hard surface to retract, or strike hand forward to extend.

• Includes: claw.
• MARVEL BLACK PANTHER MOVIE-INSPIRED SLASH CLAW - Black Panther Slash Claw is inspired by the Black Panther movie, part of the Marvel Cinematic Universe that includes Avengers: Infinity War and Captain America: Civil War.
• SLASH CLAW LIKE BLACK PANTHER – Imagine T’Challa suiting up as the Black Panther and extending his claws to join the battle for the future of Wakanda! Heroes-in-training can strike their hand forward to extend claws and imagine challenging Erik Killmonger for the throne. (Do not slash at real people; real slashes can really hurt.)
• RETRACTABLE CLAWS – True Super Heroes recognize peace and know when to sheath their weapons. Whether the imagined enemy has been defeated for today or it’s time to put the toys away, don’t forget to retract those claws! Black Panther doesn’t walk around with his claws out all the time. To retract, press claws into a hard surface.
• LOOK FOR OTHER MARVEL SUPER HERO GEAR - Also look for Black Panther Mask to imagine suiting up like the Wakandan king! Be on the lookout for other Marvel gear and imagine forming a team of Super Heroes with friends! Additional products each sold separately. Subject to availability.
• Ages 5 and up
• WARNING: CHOKING HAZARD – Small parts may be generated. Not for children under 3 years.