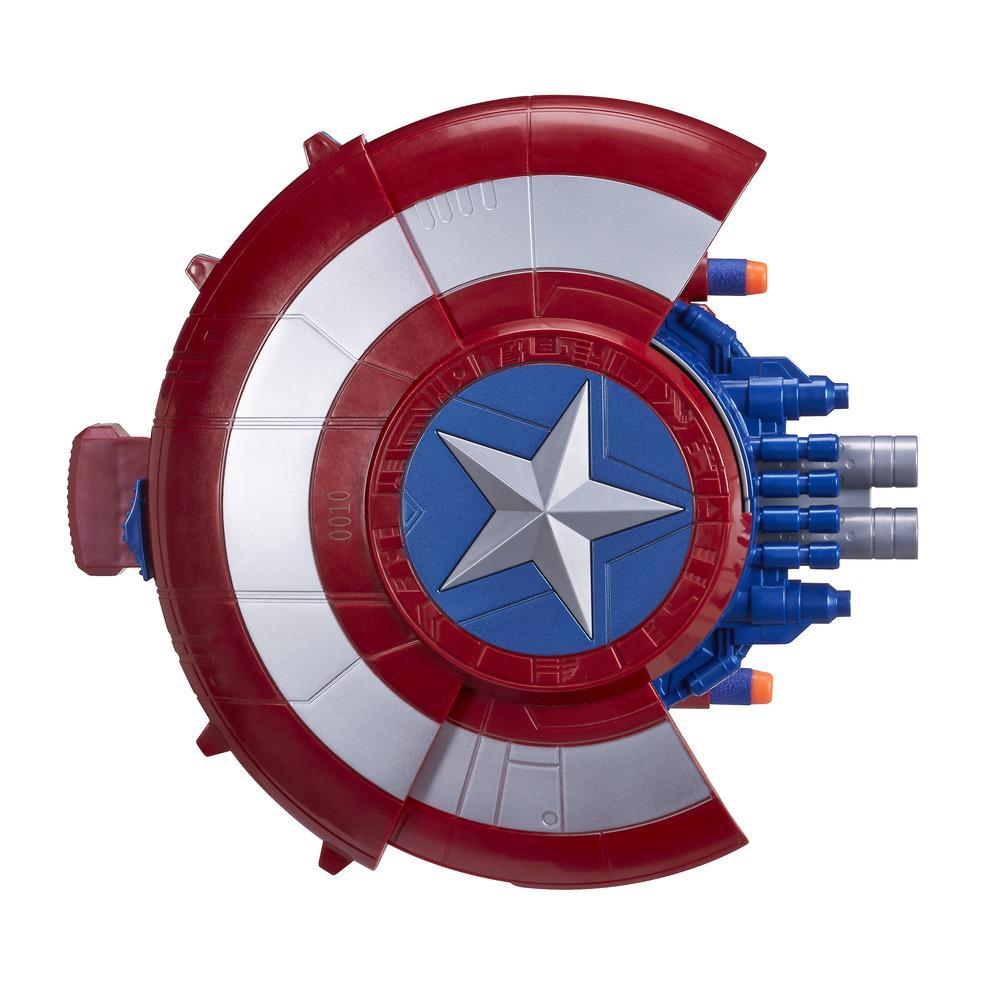 CAUTION: Do NOT aim at eyes or face.

Captain America fights for battle victory with superhuman strength, agility, and an indestructible shield! He's America's first Super Soldier, fighting fearlessly on the side of justice.

Kids can imagine what it's like to battle like Captain America with this Blaster Reveal Shield, which includes 2 launching projectiles! Just push down the star button to watch the shield open, revealing a hidden blaster designed to take enemies down! Heroes-in-training can also use the shield as protection, and when they reveal the blaster, they'll have the ultimate weapon!

• Ages 5 and up
• CAUTION: Do not aim at eyes or face. TO AVOID INJURY: Use only darts designed for this product.