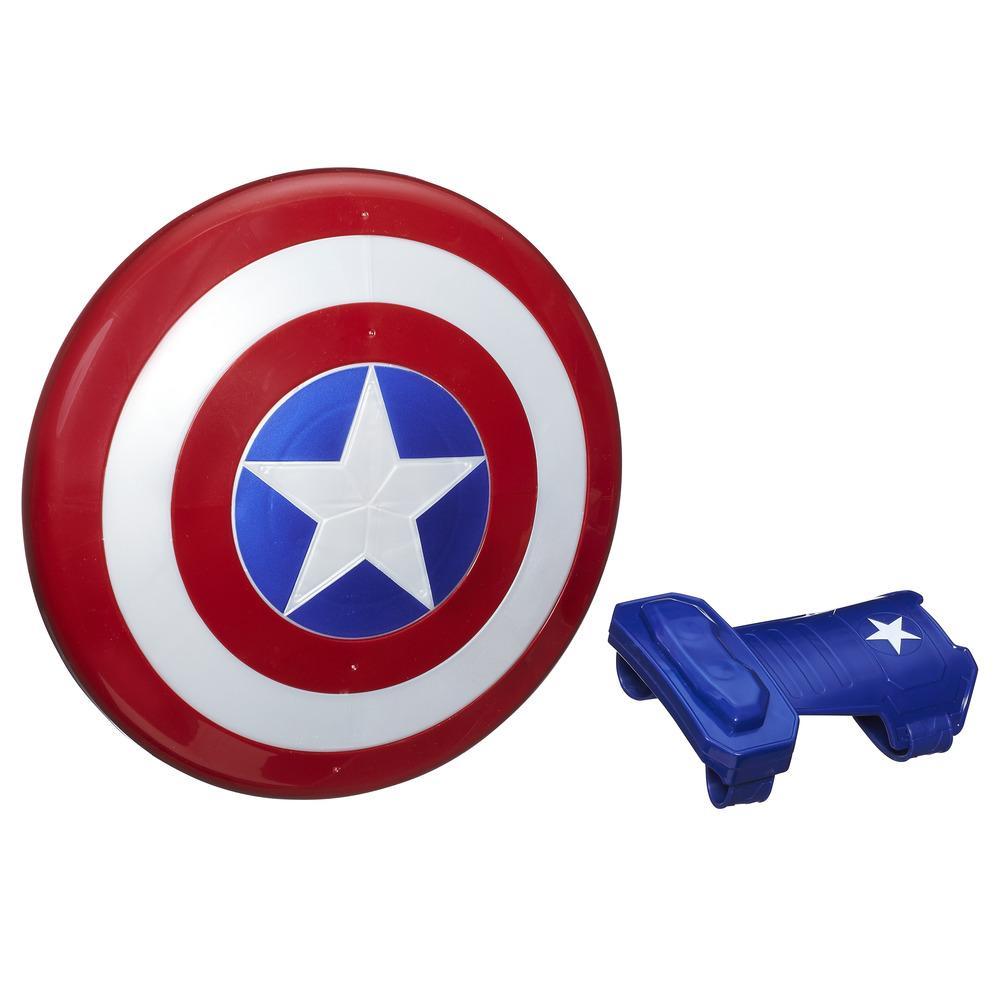 Avengers, assemble! Steve Rogers suits up as the star-spangled hero, Captain America! With his indestructible shield, he’s ready to join the battle for justice!

• MARVEL MOVIE-INSPIRED SHIELD & GAUNTLET: Captain America shield and gauntlet are inspired by the Marvel Cinematic Universe that includes Avengers: Endgame, Avengers: Infinity War and Captain America: Civil War.
• THROW SHIELD LIKE CAPTAIN AMERICA: Remove shield from gauntlet to throw shield like a disc! Imagine Captain America throwing his shield in battle alongside Iron Man, Thor, Spider-Man, and the other Avengers. And remember, Captain America throws his shield in big open spaces, the goal is to imagine taking down villains, not furniture.
• SHIELD ATTACHES TO GAUNTLET: Ready to charge into action? The shield magnetizes to the gauntlet! Attach shield to gauntlet for ease of storage and movement. Run swift, run safe, hero-in-training!
• IMAGINE BATTLING LIKE CAPTAIN AMERICA: Imagine battling for justice like Captain America with the Marvel Avengers Captain America Magnetic Shield & Gauntlet. Imagine running on to the scene with shield attached to gauntlet, or remove shield from gauntlet to throw some justice into the battle!
• LOOK FOR OTHER MARVEL SUPER HERO GEAR: Also look for Captain America Mask to imagine suiting up like the First Avenger! Be on the lookout for other Marvel Avenger gear and imagine forming a team of Avengers with friends! Additional products each sold separately. Subject to availability.

• Ages 5 and up
• WARNING: CHOKING HAZARD – Small parts may be generated. Not for children under 3 years.
• Gauntlet contains magnets
• NOTE TO PARENTS: Gauntlet not intended to catch shield.