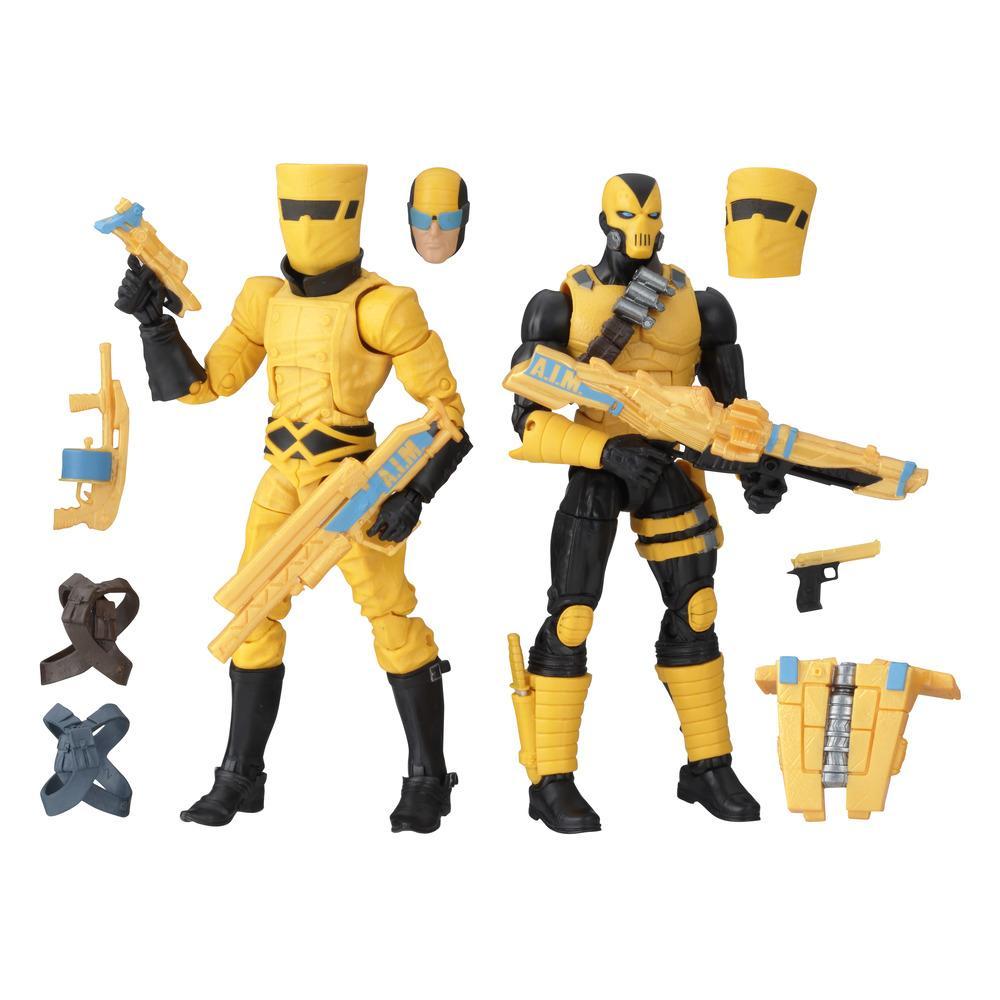 A.I.M., or Advanced Idea Mechanics, is a scientific organization bent on designing the technology that can take over the world. Combined with the brute force of the Shock Trooper,the A.I.M. scientists innovate international design in the pursuit of world domination.

With Marvel Legends Series 6-inch-scale figures and vehicles, kids and collectors alike can start a legendary collection of comic- and movie-based Marvel characters. With these 6-inch-scale A.I.M. Scientist and Shock Trooper figures, featuring classic design, interchangeable accessories, and premium articulation, Marvel fans can imagine recreating the arcs from some of their favorite Marvel comics.