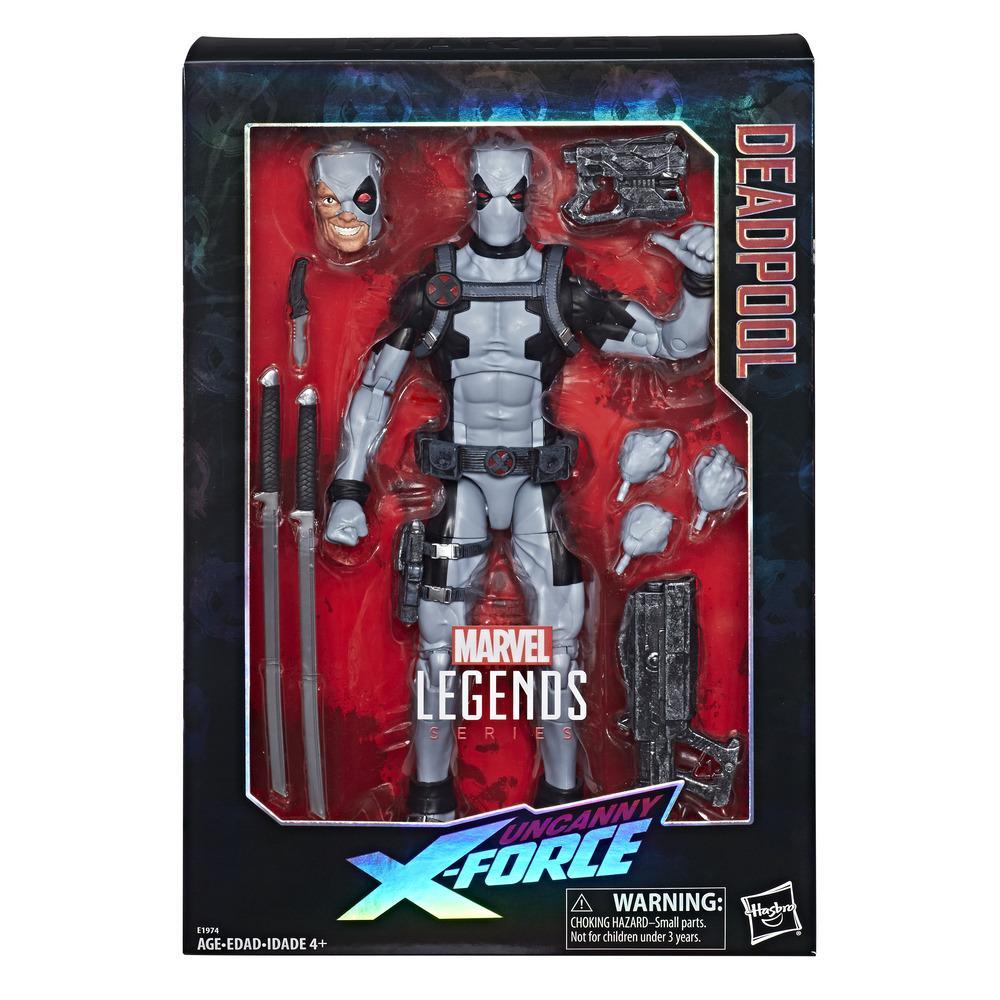 Fans, allies, enemies, rejoice. Its me, Deadpool, and I am back and even more uncanny than ever. (Because of the Marvel Comics, you guys. The Uncanny X-Force comics. Stay with me!)
Anywho, this amazing Deadpool figure is 12 inches tall and has 30 points of articulation, which basically means that you can pose it out in awesome Super Hero poses, landings, and other epic positions and ALSO take up way too much room on your moms kitchen shelf, or next to your brothers rock collection, or in your grandpas sock drawer (wherever). This delightfully designed figure also includes 2 fists, a thumbs-up hand, an alternate head, and oh, right, most importantly, 5 weapon accessories. Blasters, swords, knife, THE USUAL. Never packs light, that Deadpool.

Whether youre a hardcore fan, a casual collector, or a random stranger on the Internet, this Marvel Legends Series Deadpool figure is the figure for you. Maybe.

Copyright 2017 MARVEL. Hasbro and all related terms are trademarks of Hasbro.

" OH YOU WANTED DEADPOOL? WELL HERE HE IS. You found me. One Deadpool action figure, just for you. And here your mom that said youd never make friends by reading comic books all day!
" BLASTERS, SWORDS, ACCESSORIES, OH MY! Because you cant spell Deadpool without loaded. Anyway, what would Deadpool be without his arsenal of weapons? Still sassy, still charming, less pointy.
" 12-INCH DEADPOOL FIGURE FROM UNCANNY X-MEN COMICS. Uncanny, as in: Its uncanny how good Deadpool looks in spandex. It is, isnt it? Anyway, this figure is inspired by Marvel Comics. But mostly by me, Deadpool.
" PREMIUM FIGURE WITH 30 POINTS OF ARTICULATION. 30 points! Slow down there, cowboy. Twist my arm, make my head turn, practice Super Hero landings. Deadpool is your oyster.
" MARVEL LEGENDS SERIES DEADPOOL ACTION FIGURE. Much like how the X-Force tried to keep me out of their club and FAILED, I have successfully joined the ranks of the Marvel Legends Series.